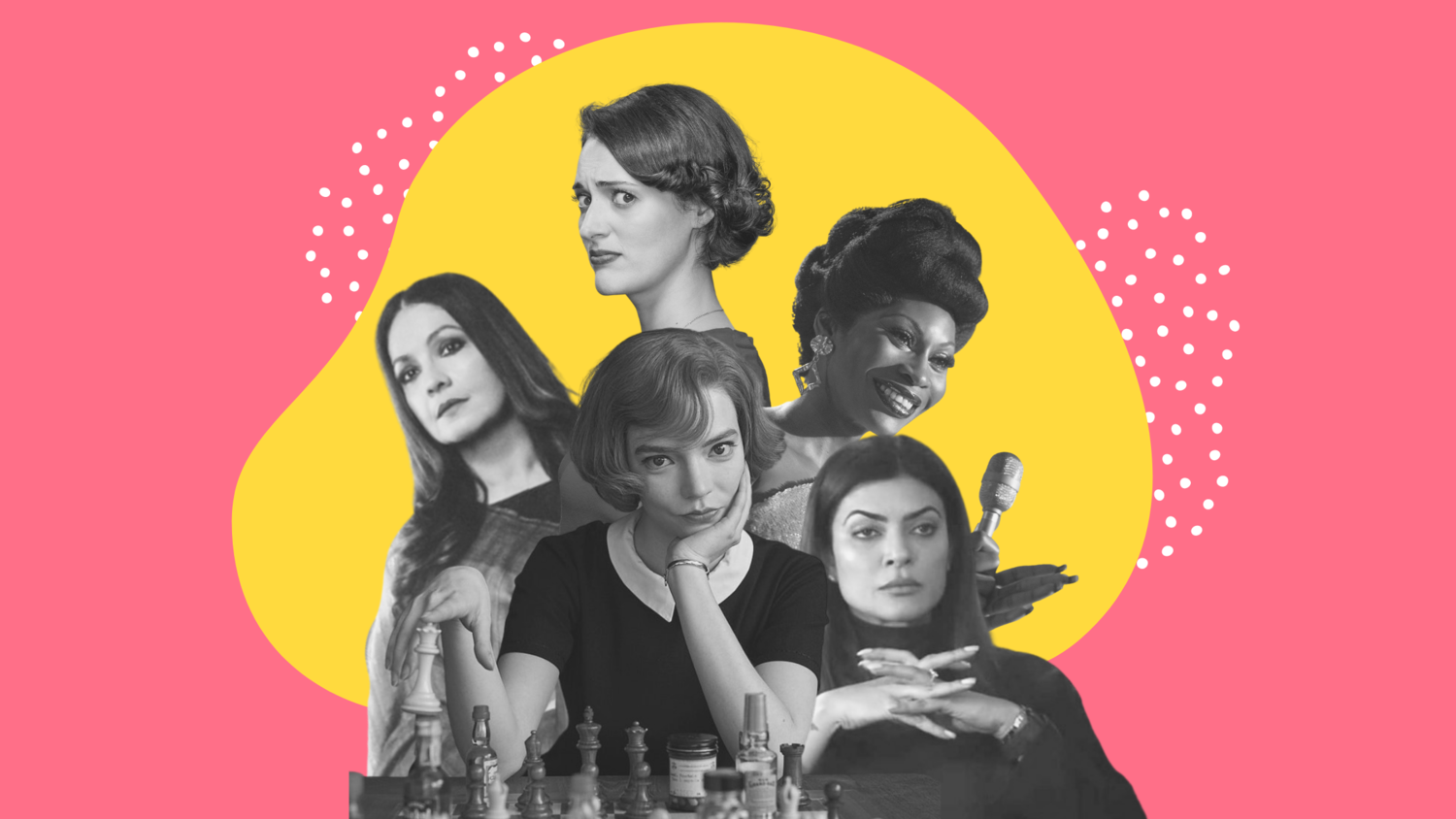 25 Feminist Shows Featuring Women Who Don’t Back Down

Women representation matters! Here are 25 shows that feature the strongest, craziest, and most relateable women on screen!

Over the past few years, women's representation has seen a massive improvement. We have strayed away from the clichéd manic-pixie-dream-girl and damsel-in-distress storylines to make way for women with more nuanced and relatable stories. Imagine, watching a TV show like Fleabag a decade ago- wild!

In our daily lives, we hardly meet women who are not extraordinary in some way. Women are resilient, brave, and it’s about time, the scripts began to represent reality. No matter how many times they fall, they get back up to face the challenges life throws at them. It is refreshing to watch accurate portrayals of women on screen, to relate with flawed and bold women.

Here’s a list of 15 Feminist Shows featuring women who don’t back down.

Fleabag is written, directed, and produced by Phoebe Waller-Bridge. If that's not enough- she even plays the role of the lead! Fleabag is about a young woman whose life is a medley of loss, love, enduring bonds, and defiance to a patriarchal world constantly trying to break her. Her weapons of survival are sardonic wit and a determination to go on, no matter what.

Set in late 1950s America, the show narrates the adventures of Miriam ‘Midge’ Maisel (Rachel Brosnahan), a home-maker-turned-stand-up-comedian, whose new-found freedom in a patriarchal society concerns some, and shocks the rest. Charming and assertive, Midge knows her mind and isn’t afraid to speak it. Her story is honest and wholesome.

Big Little Lies appears to be a murder mystery miniseries but proves to be much more than that. It revolves around five women who are oppressed by patriarchy at different levels, played by a stellar ensemble cast. It deals with sexual assault, domestic abuse, mental health, and loss, sensitively. Furthermore, it makes one realize that perfect couples and happy families are at times, skillful facades.

This show engages in a discussion regarding class dynamics and portrays two families of different socio-economic backgrounds in 1990s America. Complexities of motherhood are brought out, and so are the nuances of privilege, White feminism, and intersectionality. Strong acting, gripping storyline, well-written characters, and unexpected twists make it a compelling watch.

Spanning seven episodes shot so beautifully that it makes one feel they’re witnessing a cinematic masterpiece, The Queen’s Gambit tells the story of chess prodigy Beth Harmon, played brilliantly by Anya Taylor-Joy. Beth’s tumultuous rise to stardom, the costs of her genius, and a ruinous addiction to drugs are at the heart of the story.

Churails is a 10-episode saga that manages to capture myriad elements of patriarchy in Pakistani society. Men across classes threaten to silence, subdue, and abuse women. But the women refuse to be subdued and are in solidarity with each other. It is a brave depiction of racism, classism, and intersectionality.

The show revolves around three best friends – Jane, Sutton, and Kat – working for the global women’s magazine Scarlet, and trying to make it big in fashion, love, and life. Jacqueline, the editor, sticks up for her employees and is a staunch feminist. The characters are all bold feminists who are constantly making mistakes and learning from them.

Self-Made is an inspiring biopic of Madam CJ Walker, the first-ever Black, self-made, female millionaire – portrayed beautifully by Octavia Spencer. It is a poignant commentary on power relations, patriarchy, and racism in American society, as well as a celebration of Walker’s pioneering, lasting legacy.

Bombay Begums is a show of women, by women, and for women. Directed by Alankrita Shrivastava, of Lipstick Under My Burkha Fame, the series is an intergenerational one. It takes us through the lives of 5 strong women from different classes. Their fates intertwine in the ruthless city of Bombay, and they fight back against various stigmas. Some battles are fought in isolation, and some in solidarity. The show starts and engages in difficult dialogues like sexual harassment at the workplace, the Me Too movement, exploration of sexuality, institutional and internalized misogynies, and peer pressure among pre-teens.

Set in the 1980s New York, Pose is a stunning depiction of the gender non-conforming drag ball culture in the city. It stars MJ Rodriguez, Billy Porter, Dominique Jackson, and many other talented actors, all of whom have outdone themselves in making this period piece come alive. The show deals with racism and transphobia and is unmatched in its energy and confidence.

Sex Education is exactly what the title suggests, but goes far beyond it. The issues highlighted so sensitively in every episode, aren’t talked about in actual sex education classes. It acknowledges the fact that our intersectional identities define our sexual perceptions and lives. It talks about privilege in various forms – class, race, sexuality, and so on. It also has a strong message of women being in solidarity with, and believing other women.

Aarya is the story of a brave woman of the same name. She protects herself and her loved ones, from forces of oppression and violence. The show makes one realize that one can’t always take the good, comfortable route while seeking justice and that ‘good’ and ‘bad’ are simply relative constructs. Sushmita Sen shines in this strong, compelling role.

Made in Heaven is about hope, love, marriage, and its fragility. It attempts to lay bare the hypocrisies in Indian society. It depicts homophobia, misogyny, intersectionalities of class and gender, and politicization of women’s bodies with accuracy. Most importantly, it tells the stories of women who face many trials and tribulations and yet, do not back down.

This miniseries is a raw, thought-provoking story of a young woman who survives sexual assault. Her trauma, emotions, relations and experiences are brought out with nuance and sensitivity – much needed in an account of assault. The show is unsettling, organic, and therefore, an important watch.

Why Women Kill is an excavation of life and marriage from a woman’s lens. It takes us through the experiences of women across 3 decades – Beth Ann (Ginnifer Goodwin), a dedicated homemaker in ‘50s America, Simone (Lucy Liu), an ‘80s socialite, and Taylor (Kirby Howell-Baptiste), a lawyer in the present day. All of them face infidelity in marriage. The decades are far apart, but these women’s drive to survive in the face of patriarchal neglect doesn’t fade. You may succeed in predicting who may die in this show but you’ll never guess the why and how. The show leaves the viewers stunned.

Jane Fonda and Lily Tomlin star in this empowering comedy. Their characters, Grace and Frankie, start living together when their husbands reveal that they’ve been in love with each other for over 20 years. Previously at odds with each other, they now develop the most wholesome bond. Women’s friendships and sexualities are redefined and are reclaimed by elderly women. Homosexuality has been depicted among old men, without engaging in any stereotypes.

Russian Doll has been written and directed by women, and it shows. Natasha Lyonne plays Nadia Vulvukov, a headstrong woman living in New York City. She’s caught in a vicious time loop, in which she relives a grand party every day, by the end of which she turns up dead. Despite a story arc that could easily turn repetitive and boring, the show is the complete opposite of it. Its character developments, explorations of the human mind, and depiction of substance abuse from a feminist perspective keeps one hooked to the screen and waiting for the next episode.

A brilliant reimagining of our favourite childhood novel, Anne of Green Gables, this series tells the story of young, orphaned Anne, growing up in 19th-century Canada. It brings out the intersections of class, race, and gender. Socio-political issues of human rights, freedom of speech, and gender equality are also dealt with. Amybeth McNulty excels in her portrayal of Anne and debunks the beauty myth.

The 100 is a dystopian drama wherein nuclear war has decimated the majority of Earth’s population, and a group of 100 juvenile delinquent survivors are to determine its habitability. The show has powerful women leads who fight for their identity and survival. They soon learn that survival comes about by being in solidarity with each other. Representation of queer folks is also a redeeming feature of the story.

Killing Eve is a feminist masterpiece of a spy thriller, created by none other than Phoebe Waller-Bridge of Fleabag fame. It has redefined the role of women in the thriller genre, and has portrayed women with sexual power, as opposed to the Bond girl fantasy deployed by cinema for decades on end. The intellectual parity, confrontations, and sexual tension between MI6 Detective Eve (Sandra Oh) and assassin Villanelle (Jodie Comer) make it a watch that simply can’t be missed.

This show depicts the lives of women in prison – routine, rapid, and dramatic. The ways in which prison life changes principal character Piper (Taylor Schilling) are manifold. It deals with racism, sexual assault, and explores women’s prison like never before. Over time, characters shed notions of the ‘bad and scary other’ to develop into a united front of strong women, who will fight for their right to life and justice.

Marvel’s Jessica Jones surpasses the genre of superhero narratives. Its protagonist is Jessica Jones (Krysten Ritter), a former superhero dealing with PTSD, who decides to launch her own detective agency. The portrayal of women’s friendships is heartwarming and accurate. The show’s feminism is evident in its allocating powerful roles to women, which have historically been the monopoly of men in cinema. The treatment of mental health, loss, and abuse is handled sensitively.

One Day At A Time is a sitcom that depicts life as it is and that we are going to get through it, as long as we’re with people who love us. It revolves around the Alvarez family, with war veteran Penelope and her mother Lydia raising two teenagers, Elena and Alex. Elena’s queer identity is accepted by her family. Lydia combats ageism and sexism through her choice of career and attire. By developing traits and interests beyond societal constructs of ‘appropriate’ and otherwise, every character has a journey of their own, and doesn’t just inverse gender norms, but shatters them.

Mrs. America follows the trajectory of the Equal Rights Amendment in 1970s America. As feminists across the country demonstrate to get it ratified, a conservative activist Phyllis Schlafly, a phenomenal portrayal by Cate Blanchett as always, opposes the movement. Depictions of prominent feminists on screen, such as Gloria Steinem (Rose Byrne) and Shirley Chrisholm (Uzo Aduba) gives every feminist viewer a reminder of their poignant past. While Schlafly and her group’s internalized misogyny is highlighted, the tokenism and lack of intersectionality in ‘70s feminist movement are also brought out.

Seeing all these women fighting patriarchal oppression on a plethora of fronts gives one hope that we are not alone- we are seen, heard, and understood. It's about time people realise that women never back down and finally, that is reflected in their on-screen portrayals. 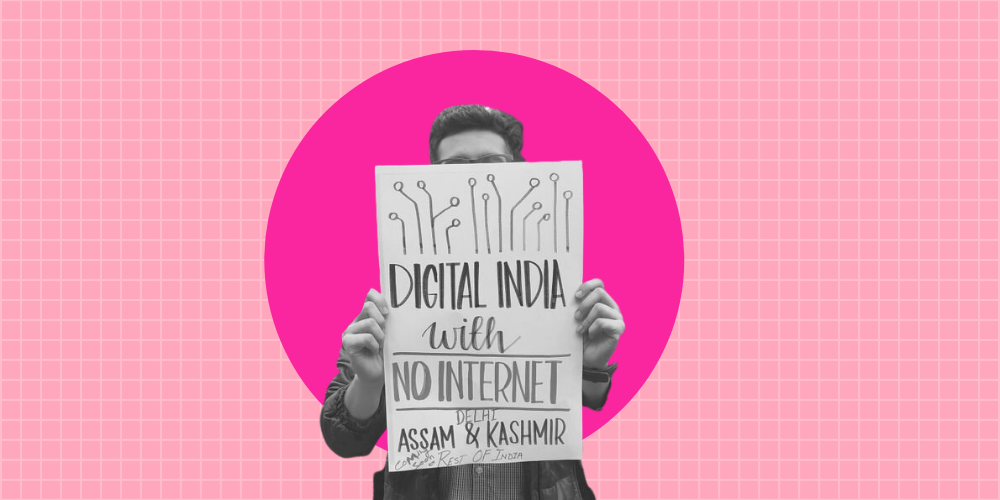 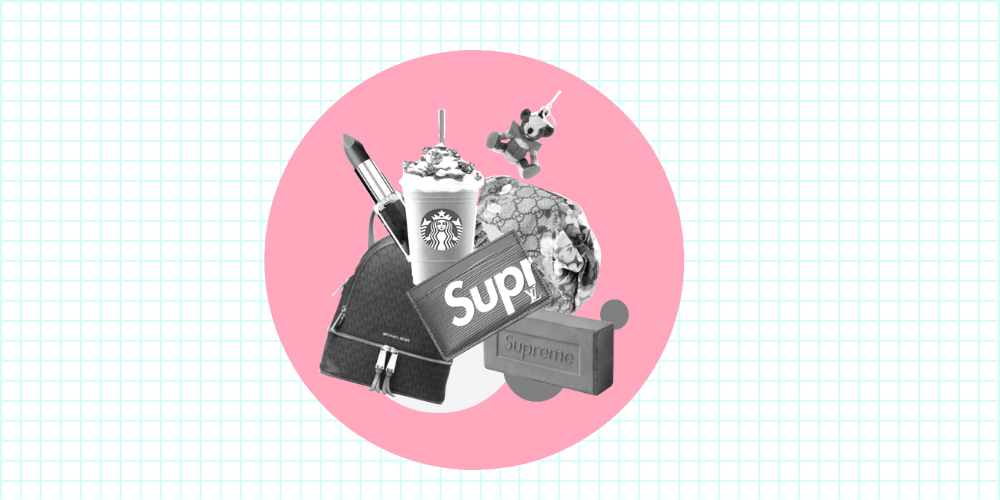 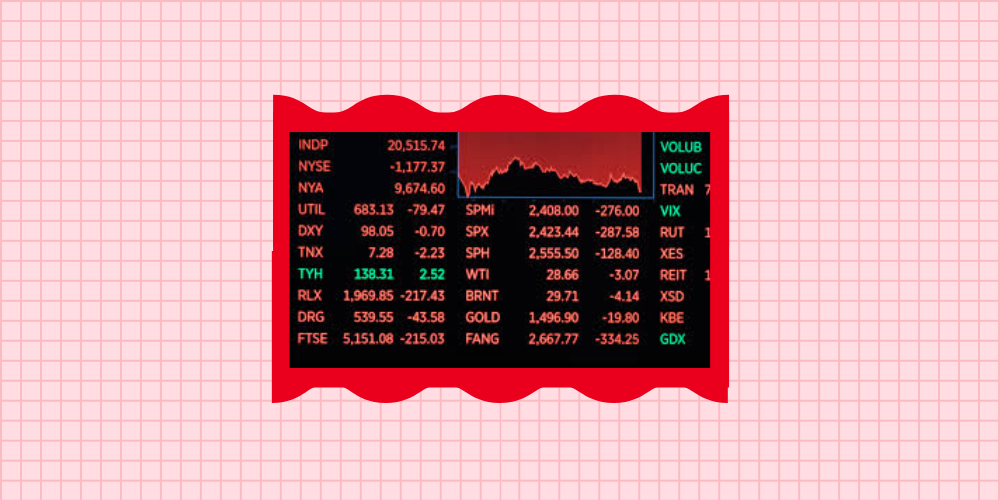 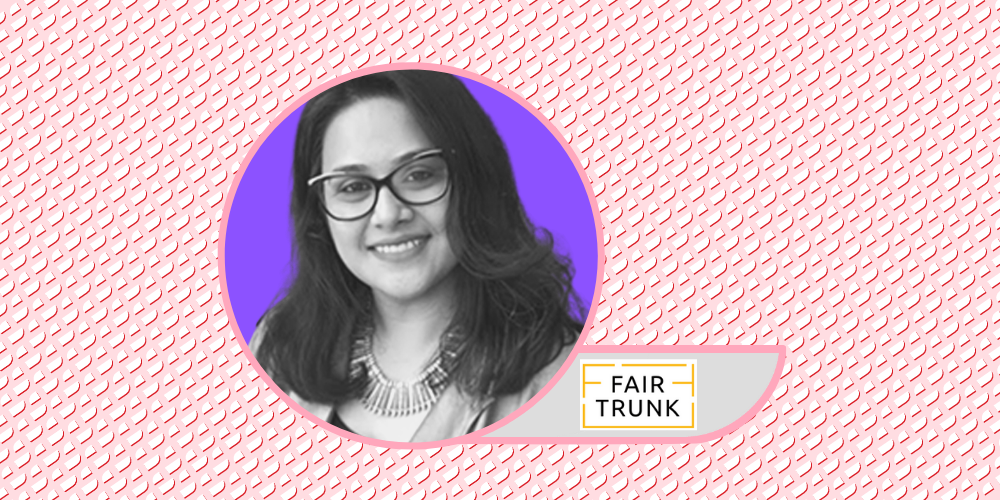