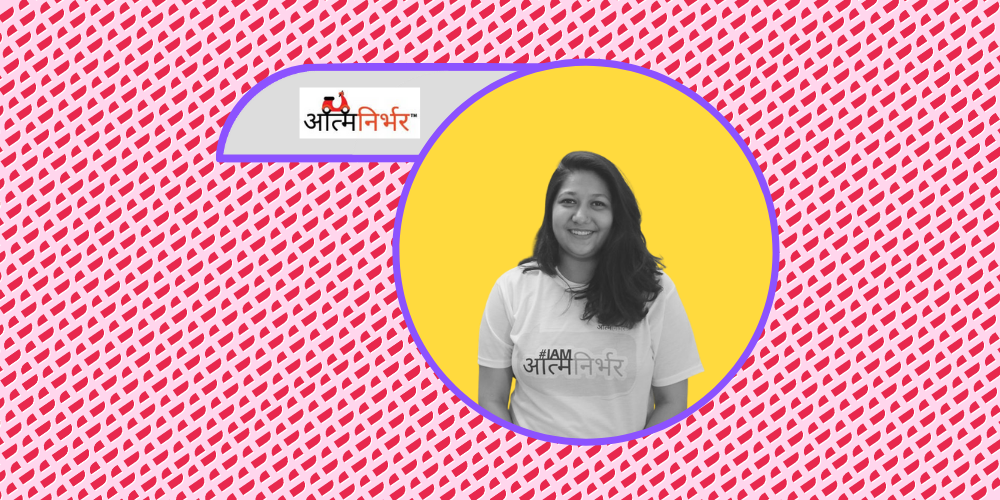 Pawani Khandelwal a 23 year old Management student describes herself as a raging feminist and says she's been so for as long as she can remember. She was inspired by her mother who never even rode a bicycle but always dreamt of riding a Scooty. Her mother's dreams also made her acknowledge the dependance of women on men for their commute, be it public or personal. Aatm Nirbhar which means 'Self-Reliant' was hence born to not only make women self sufficient and empower them but also instil a sense of freedom which is very difficult for most women to experience specially from the smaller cities of this country.

Aatm Nirbhar started in 2017 with a very simple mission, to create a women driven community, where women from marginalised families can empower other women, and in turn themselves. Realising that there was a huge demand for Two Wheeler / Scooty Driving Classes among women of mid age who did not even know how to ride a cycle, Aatm Nirbhar started as a two-wheeler driving school from Mathura and has expanded to 5 cities - Agra, Bharatpur, Jaipur, Mathura and Vrindavan in less than a year.

THE VISION OF AATM NIRBHAR IS TO EMPOWER INDIAN WOMEN SPECIALLY FROM TIER II AND TIER III CITIES THROUGH MOBILITY.

In a country with unreliable public transport, most Indian Women - specially the ones in small towns and cities, have to depend on their husbands, brothers, auto-rikshaws, etc. for one of the most basic human needs - locomotion - be it dropping their kids to school or going to the tailor to get their blouse stitched. Aatm Nirbhar offers two wheeler/ scooty driving classes to women of all ages from tier 2 and tier 3 cities, who lack the confidence to commute by themselves. Their classes are facilitated only by professional female trainers, with a pick up and drop facility as per the student’s time convenience.

Aatm Nirbhar has already been recognised by the Transport Ministry Of Uttar Pradesh and Start-Up India in such a short span of time for their impact. They plan to go pan Indian by end of 2019.

This all women organisation is not just a company, but a thought that has inspired and continues to inspire thousands of women to rediscover their lost sense of independence and self reliance, of 'Aatm-nirbharta'.