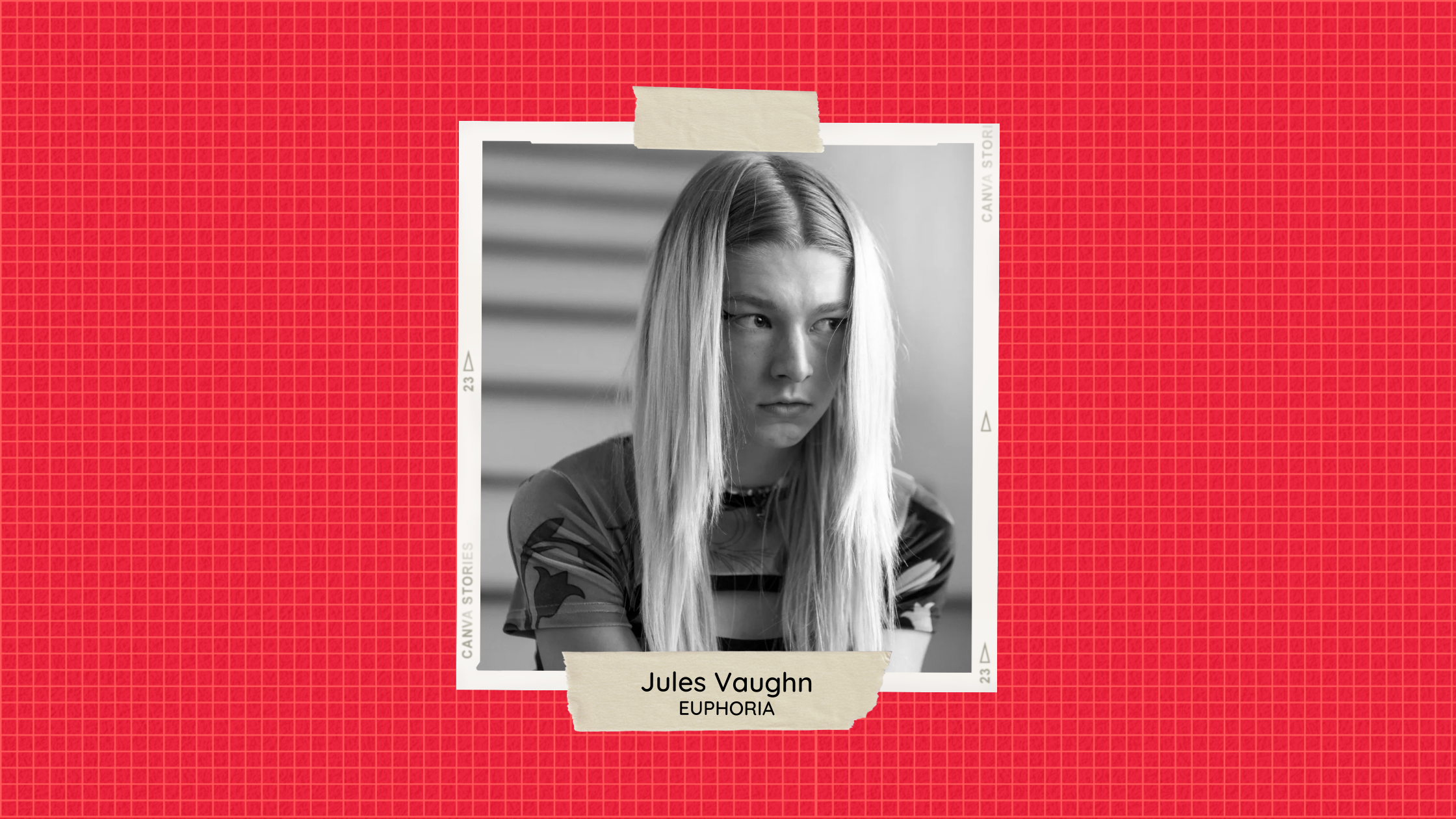 Celebrating the women we learn to love and learn from on-screen- Jules Vaugh from Euphoria.
SIMRAN VARMA

Euphoria is an extraordinary show. The cinematography, direction and script are brilliant. The show allows its viewers to engage with different issues that are relevant to all of us. From addiction to gender dysmorphia, the show addresses it all. The show depicts the lives of various students but one character particularly stands out, and that is Jules Vaughn.

Dismantling the Stereotyped Representation of Trans-Women

As soon as Jules is introduced in the show, viewers can’t help but admit that there is something remarkable about her and the way she exercises her agency. We love the fact that a role of a trans-woman is, in fact, played by a trans-woman (Bollywood, take note!) But that’s not it- Hunter Schaffer, who plays the role of Jules has played a significant role in shaping the storyline and depiction of the character. Unlike popular representations of trans-women, Jules’ trans identity is not the only aspect of her brilliant personality- she is dreamy, ambitious, creative and most importantly, brave. In her special episode, Jules explained that being trans is something that belongs to her. It's deeply personal. It's about staying alive.

Her Struggle with Body Dysmorphia

Many people find the show triggering because of its accurate depiction of important issues such as addiction, assault and body dysmorphia. Jules struggle with body dysmorphia is heartbreaking and yet, provides an eye-opening and realistic portrayal of what it is like to live in a world that is dictated by heteronormative norms and expectations. In one of the episodes, Rue narrates, “She hated her life, not because it was bad, but because when you hate your brain and your body, it's hard to enjoy the rest.”

Jules lives on her own terms and never shies away from questioning the status quo. When threatened by Nate, the raging symbol of toxic masculinity, in the initial episodes of the season, Jules stands tall, unafraid. During her therapy session, she even speaks up about the contradictory ways in which women treat each other. She is a reliable and loyal friend and is not afraid to give some much-needed advice to those around her.

Jules is one character in the show that truly and unapologetically embraces her sexuality, irrespective of those around her. Not only is her sense of fashion extraordinary, but it is also a medium through which, she expresses herself.  Her reflections about her sexuality are something that resonates with everyone, especially when she said, "I feel like I've framed my entire womanhood around men."

Like all of us, Jules sure does make her own set of mistakes but that adds to her humanness, it makes her relatable. She has struggled with her parents, identity and relationships but as the show progresses, we begin to see her grow into someone who is also actively reflecting on her actions. Perhaps, it is this humanness and vulnerability that makes her such a fan favorite.