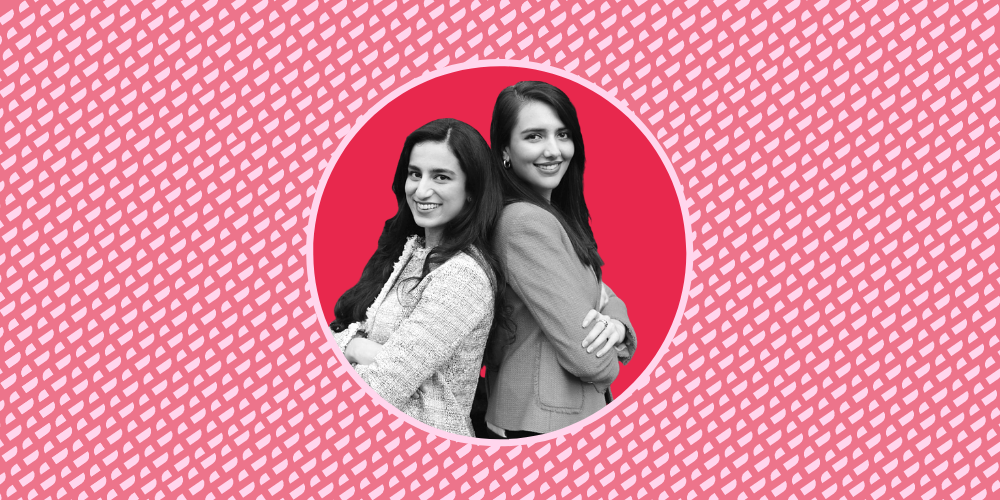 In a capitalist world it takes a queen to build an empire, and HerCapital is on a quest to empower queens.

In a capitalist world it takes a queen to build an empire, and HerCapital is on a quest to empower queens. Founded by two badass women—Rabiya Ather and Zabreen Khan—HerCapital is a global info-media platform that curates educational and inspiring content around personal financial management and investment. Their vision is to create a strong community of women who enable each other to invest in their futures.

Money and feminism are so deeply entrenched with each other, yet not enough attention is given to the gaping problem in how women think about and make use of their money. Global research indicates that over 71% of women’s assets remain in cash throughout their lives, and on average women invest 40% less than men. In India, 65% women either don’t have bank accounts or have dormant bank accounts.

As women who have worked in finance for several years, Rabiya and Zabreen consistently found that their female peers lagged far behind men when it came to managing personal finances. Given the gender pay gap and the fact that women generally live longer than men they observed that this problem continued to exacerbate the female wealth gap. Their intent was clear—women in any industry should know how to manage their money, how to budget and how to invest—and so, HerCapital was born in 2019 to serve this premise.

A core reason which precludes women from investing their money is a complexity phobia that they tend to perceive the world of finance with. As Zabreen points out, “Women tend to feel as if these topics are complicated”. This perception then creates a massive cavity in women’s confidence levels when it comes to taking charge of their money. Further, the fact that information on personal finance and investing doesn’t necessarily target women, is expensive, and is written in a jargon-y, intimidating and uninviting manner, doesn’t make life easier (tell women about that)!

HerCapital understands these issues very well. Their philosophy for bridging the financial literacy gap is to produce freely accessible, aesthetically pleasing and digestible content on finance. Their online knowledge repository hosted on their website contains insightful resources on:

Apart from distilling seemingly complex terms in a simplified manner, HerCapital also seeks to empower women with inspiration. On their social-media platforms they routinely showcase #BossLadies who journey their professional careers with bold ambition and a passion for growing their money. The brand also publishes weekly digests with updates on the political economy of finance and business, and also hosts online events to arm their women with information and insights.

“The number one thing that women should be doing with their personal wealth is literally thinking about it,” says Rabiya. “A lot of us just sit on our cash or shop it away.” HerCapital’s deepest legacy is in starting this important conversation. Three other reasons why HerCapital makes an impactful presence:

HerCapital is a brand that is inclusive, spunky, inspiring and resourceful. It’s a community that we endorse for its important intent, its quality output, and its potential for nurturing powerful women professionals.