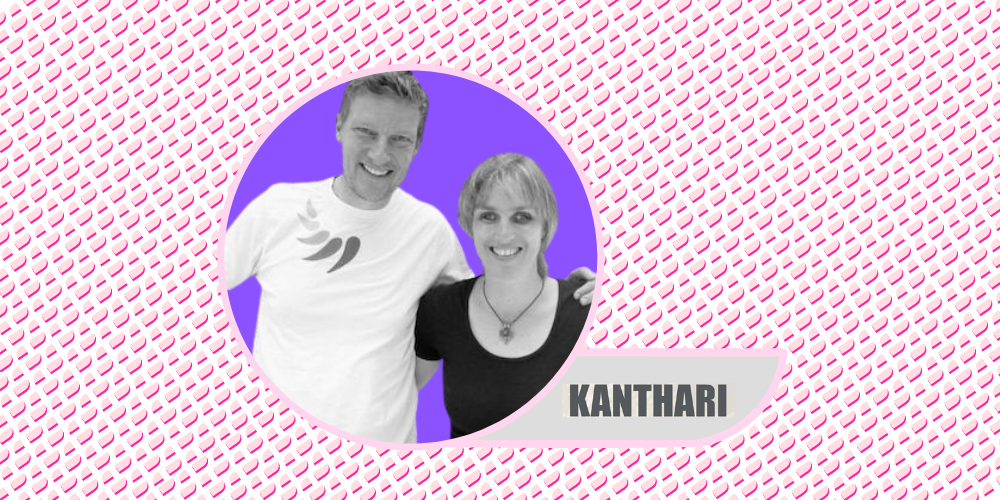 kanthari - Where Catalysts of Change are Trained

Have you ever wondered where change-makers and visionaries are nurtured?

There are business schools and art schools. There’s one for fashion, drama and science too.
But have you ever wondered where change-makers and visionaries are nurtured? A place for those who challenge the status quo, the different ones—the authentic ones, the problem solvers, the ones who rise like phoenixes from the ashes of adversity. No, this isn’t utopia. We actually found this institute at the smack centre of the world, in Thiruvananthapuram, Kerala. Ladies, introducing, kanthari—an incubator for global social change-makers.

kanthari (notice the intentionally uncapitalised k—a symbol of equality) is an international educational institute that was founded in 2007 by Sabriye Tenberken and Paul Kronenberg. Through its year-long scholarship based leadership programme, kanthari seeks to equip and enable programme participants with all the tools they require to start and run their own NGO / social enterprise anywhere in the world. The curriculum is organised across five acts, the first four of which span seven months of the course and are conducted in-house at the institute. These acts are more theoretical, yet vocationally powerful in nature.

Act One: Setting the Stage covers the methodologies and techniques to set up a social venture. The second: Wild World involves grass-roots research in India.
The third: Overcoming Barriers to Change, is shaped as a pilot/testing phase where participants exhibit their ideas within communities in Kerala. This gives them the exposure of managing stakeholder interactions and dealing with mindset barriers.
The Fourth Act: Run, Jump and Swim, trains participants in strategic communications and organisational design. This marks the end of the in-house training, by which time, participants have been trained across a wide array of subjects including project planning, accounting, fundraising, public speaking and branding, among others, by subject matter experts from across the world.
The final phase of the programme, its last five months is Act Five: Change from Within. During this phase, the participants go back to their countries to test the waters and implement their training. All the while, kanthari catalysts (experts) hold their hand and walk them through every implementation hurdle—offering their mentorship support whenever needed. At the end of these five months—once their venture is up and running, participants and their projects are evaluated. Post the evaluation, le graduation hats are hoisted in the air and a quality seal of “Empowered by kanthari” is awarded to the organisation.

But who are these visionaries?
They are ordinary people like you and me. But they are also people brimming with courage and the conviction to create a more just and equitable world. These are people who were not born in the lap of luxury or privilege but who’ve overcome personal adversitiesーbe it discrimination, violence, assault or disability and who now want to empower their communities. They are people who occupy the thin margins of this worldーmargins which allow for unconventionality to thrive. It is no wonder that these graduates are called kantharis.

A kanthari is a spicy chilli with numerous medicinal values that grows in the backyards of every household in Kerala. It symbolises those who have the fire in their belly to change harmful traditions with innovative ideas that make a difference.

There are five kinds of kantharis:

and these five colours blend into a global palette of social change. Over the eleven years since its operation, kanthari has mentored 226 participants who’ve gone on and started more than 130 organisations around the world. These organisations deal with themes cutting across gender, education, environment, discrimination, skill development, among others. The ultimate vision is to see a world transformed by ethical visionaries and spiced with integrity, equality and empathy.

“Integrity adds honesty, truthfulness and reliability to the recipe. Equality has unfortunately been left out of society, and it is high time to get that included in all meals! And food without Empathy would simply be tasteless”, explains Sabriye.

Admissions to this goldmine of an Institute are open for their upcoming batch. Here’s a link to their website. If you’re at least 22 years of age (no upper age limit), have basic English and computer skills, and an idea or a plan for social changeーthe kanthari scholarship is waiting for you. As Sabriye and Paul say, “ONE REASON IS ENOUGH to become a problem solver’’. You could also be involved as a mentor, catalyst, donor or volunteer.

We’d just like to leave you with one last thought: There are organisations that just exist in the world and those that make existing in the world worth it. kanthari is the latter.