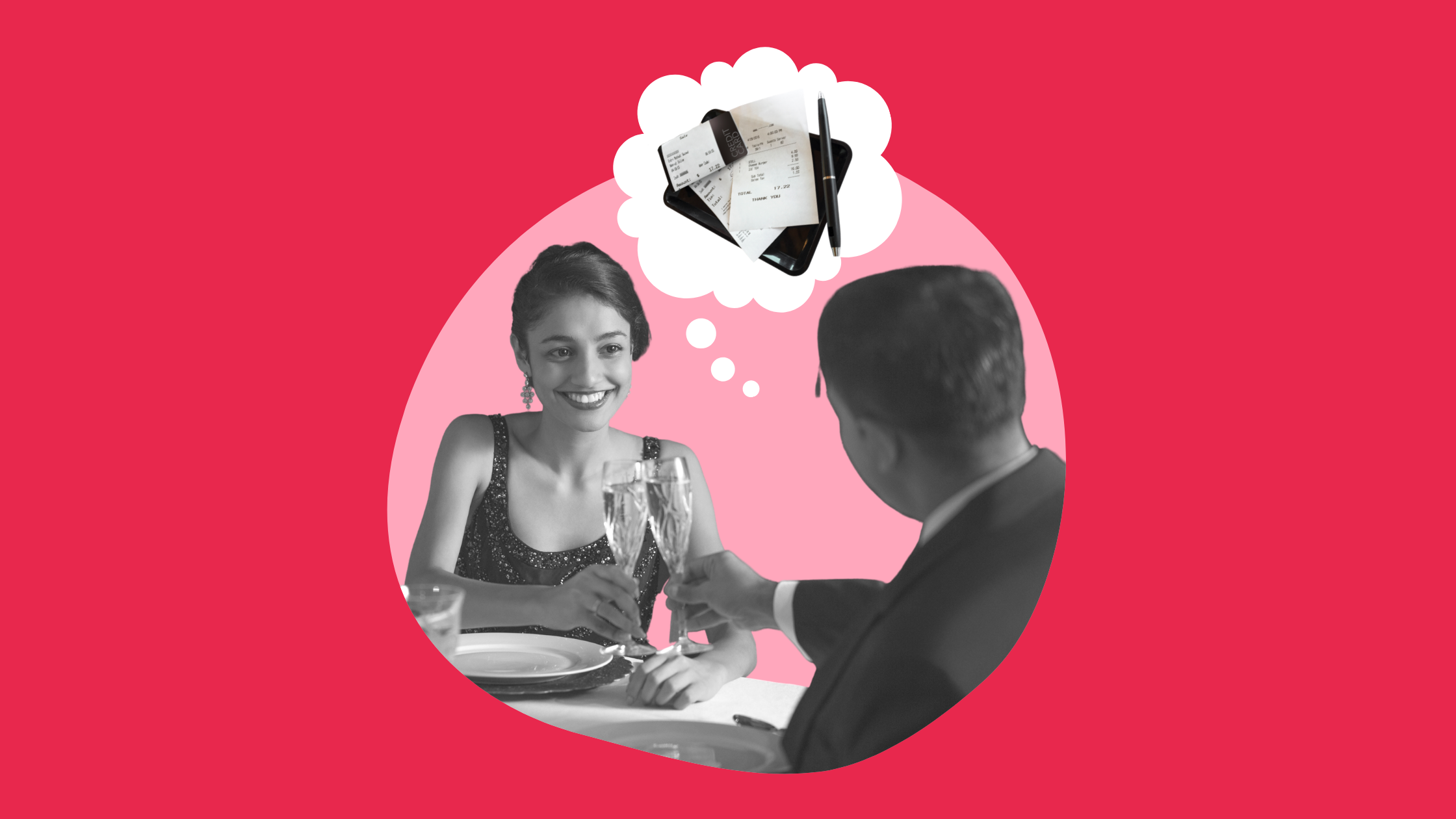 My date insisted on paying the bill – until I ‘friendzoned’ him

It's all fun and games till someone has to pay the bill.
Team BeBadass

There’s a reason why they say there’s no such thing as a free lunch.

It was 2016. I was new to dating apps, just trying to figure my way through the barrage of masculine energy making its way into my phone. I was going through a break-up and had absolutely no experience talking to random men and setting up dates. But I’m also brave, so I dove headfirst.

A few dead-end conversations later, I struck a chord with a guy – let’s call him N – and it was great. He was an IIT graduate working in a successful MNC in Bangalore, and he was visiting my hometown on a project for a week. General niceties aside, I observed that we both had a similar sense of humour, which led us to talk endlessly and develop inside jokes from the get-go. I wasn’t looking for a replacement boyfriend anytime soon, but I knew the date would be fun. When he asked if we could meet, I said yes, but under one condition.

I had recently quit my job to pursue my Master’s degree, so my reserves were running low. Dating didn’t always have to be expensive. But he suggested something else.

“Can we please do coffee this time? Hopefully next time around, I’ll have saved enough to go to a bar.”

“I’m in your town only for a week. C’mon, show me the bar scene here! I’ve heard so much about it.”

After a fair bit of resistance, I gave up and asked him to meet me at a popular bar. I had pre-decided that I was going to have just one beer so as to keep my share of the bill in check. But after I finished my first beer, he gave me a disapproving look and insisted that I order more. “You’re not going to stare at me while I drink! Order some more; just don’t worry about the money.”

We laughed, ate, and talked, but every so often, he would try to move closer and touch me. I wasn’t particularly uncomfortable, but I didn’t feel attracted to him. So I would casually brush his advances off.

After paying the bill and heading out, he hugged me goodnight and sneaked a kiss on the cheek. It was awkward and ill-timed, and all I could do was smile and take a step back. I knew I didn’t want to go out on another date with him. On my way home, my phone blinked.

“I had a great time. Can we meet tomorrow night? I’m staying at a hotel so you can come over.”

I knew what that meant. And I was not interested. I texted back.

“Hey, I had a good time too! I just don’t think I want to take it forward like that.”

“Oh haha, what did you think was going to happen? You can still come over, we can hang out!”

Ignoring the fact that he made me feel like I took his invitation the wrong way, I turned the offer down.

A few days passed, and our harmless banter continued over text. He didn’t seem to mind that I only wanted to be friends. He was heading back to Bangalore and wanted to meet one last time. This time, I suggested a coffee place. He agreed to meet me there.

He had been waiting for me, a drink in hand, when I reached the cafe. Apparently, the cafe had added alcohol to its menu a couple of years ago, which was when I visited last. Two birds with one stone, I thought to myself, and ordered coffee.

The conversation went on, and while I was still working on my coffee and sandwich, he had downed at least three pegs and showed no signs of stopping. But the evening had to come to an end eventually, so I called for the bill. And then, it happened.

Just as the server placed the bill on our table, N, without so much as glancing at it, pushed it towards me and looked away. I was appalled.

N knew that I was broke. He knew I had suggested coffee for a reason, and drinking alcohol was his choice. Still, he pushed the bill towards me and didn’t offer to split it. I tried to scrounge up all the money I had – half cash, half debit – and paid it off. All while he looked away, pretending to be busy on his phone.

As I left, I realised what had just happened: he thought paying the bill on our first date would buy him sex.

Who should pay on the first date? Sis, do it yourself!

The debate on who should pay on the first date is an old one – there are as many opinions as there are people. But one thing we forget about dating, especially online dating, is that it comes with a huge power imbalance that almost always needs to be remedied.

Dating apps in India are notorious for gender imbalance. There are several times as many men as there are women, which often gives women the upper hand. Thus begins the chase – men woo, women choose. But this power imbalance corrects itself to its patriarchal nature. Many men are under the impression that if they play their cards right – pay the bill, act chivalrous overall, etc. – they will get sex in return. And when that doesn’t happen, it can lead to disappointment.

That’s what happened with N anyway. I was direct about my intentions after our first date. I had in no way implied during our conversations that I was sexually attracted to him. Yet, once he paid, he felt entitled to my body.

The thing is, consent can be withdrawn any time. It isn’t an obligation once money is on the table. I have never enjoyed someone else paying my bills for me, but after this incident, I have never let a man pay for me no matter how much they insisted. Power is best neutralised at all times.

Would you still let the man pay on the first date?