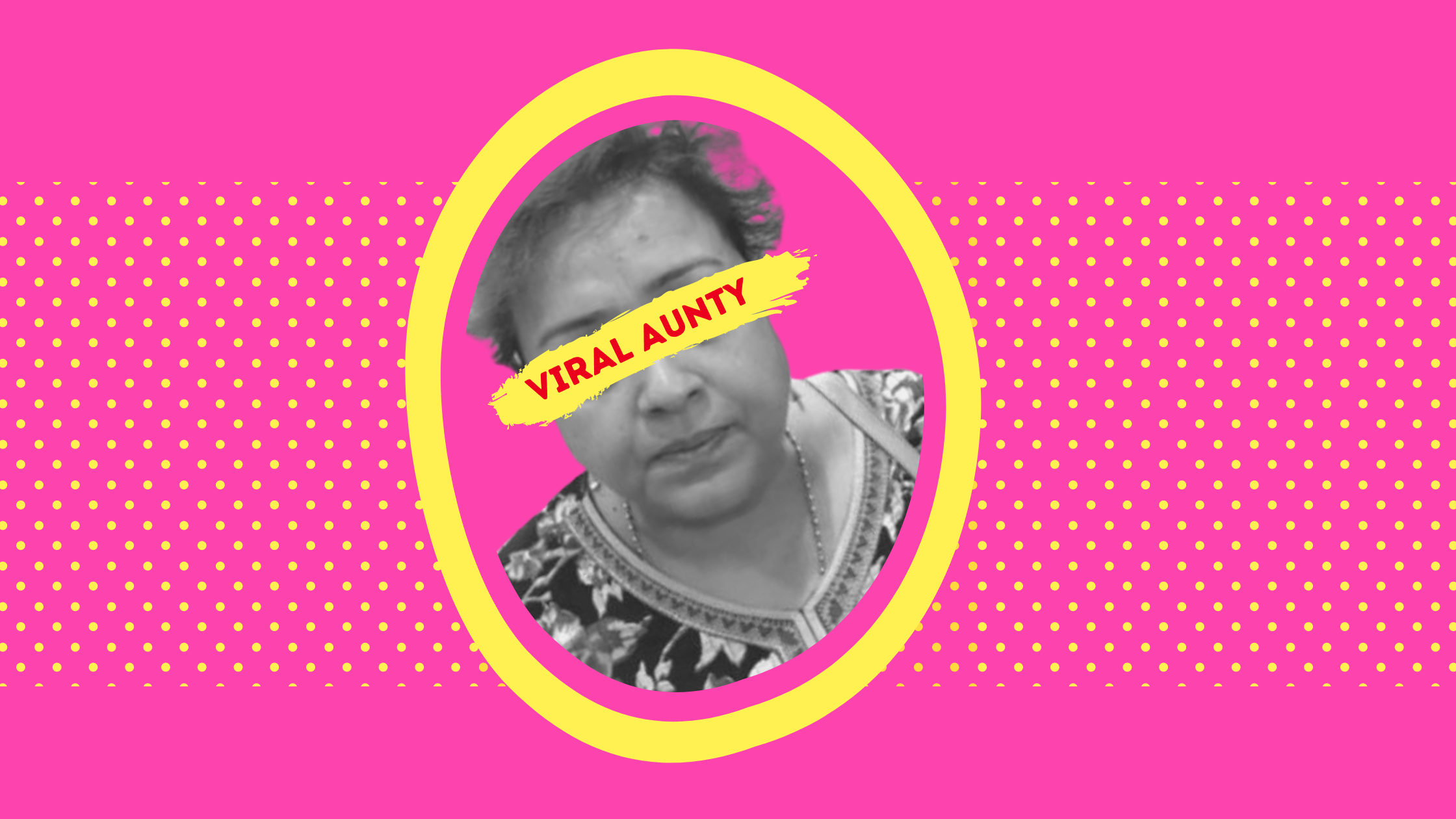 Real-talk about the infamous Viral Aunty

The danger of cancer culture and our internalised misogyny. What allows us to stoop to the same level of those who harass us?
KAINCHI

Last morning, an Instagram user posted a video of a woman who shamed her for the length of her dress and said that she should get raped for it. When a group of girls including the IG user in question confronted the woman and asked her to apologise for her insensitive remarks, she refused. The scene happened at a store and somewhere in all of this, a bystander who is a mother of two girls bravely came forward to intervene and tried to explain to the offender how she had no right to tell women and girls what to wear and where to wear it, and that she was absolutely wrong in saying that these girls deserved to be raped.

As someone watching the video, which had been shared extensively across Instagram within hours of it going online, I was cheering for this team of women who were doing a tremendous job of holding up a mirror to the offending woman, showing her how deeply internalised her misogyny was and telling her that women deserved autonomy over their bodies, including what they choose to cover (or not cover) it with until I heard something that made me stop!

Somewhere in all of the commotion, one of the women said, “Inka kapdon mein rape karo… Aise logon ka kapdon mein rape hona chahie” (Rape her with her clothes on… Such people should be raped with their clothes on), and my smile just vanished. As someone who has had her bodily autonomy challenged and often taken away from her in various degrees of sexual harassment and assault, I would never, not even in my worst fits of rage, wish ‘rape’ upon anyone, neither literally nor metaphorically. It is evident in the video that the women are emotionally charged and agitated, and who can blame them?! As women, especially in the Indian society we come across such internalised misogyny in many different forms every day, within and outside our families, sometimes even from the women closest to us. In recent times, women are becoming increasingly, and rightly tired of having to brush these comments under the carpet, and even the slightest spark holds potential to ignite a fire.

The problem is how normalised the word rape has become via casual usage in everyday talk. These women are literally confronting another woman on the topic of rape and are casually flinging the word at her! Think of how common it is to hear your friend say “My team totally raped their opponents in today’s match!”  We realise and accept the horrors of rape but when the topic isn’t actual rape, we somehow forget the grim reality of the act, the trauma it leaves behind, and the toxicity it perpetuates. By casually flinging the word ‘rape’ where any other word like defeated/ messed-up/ embarrassed would do, we disassociate ourselves from the reality of the inhuman act of rape

While we are on the topic of harassment, let’s also cover what happened to the offending woman in the case above. Over the past 24 hours, I’ve seen some of the vilest abuses hurled towards her in the comment sections of the post/re-posts. There has been no sensitivity towards her privacy whatsoever (last time I checked, someone had found her social media profile and people had begun messaging her to shame her). While the enthusiasm in taking down misogyny is great, such instances also perpetuate a rather toxic ‘cancel-culture,’ where there is no constructive dialogue and a lot of targeted harassment. If the same thing was being done to a feminist by a bunch of misogynists, we’d all cry foul and call them trolls. So, what allows us to stoop to the same level?

The anger is great, it is necessary in fact!

‍
This is the same anger that every woman in this country has felt and we need it to fuel the change we aspire to see. However, it is our onus to educate and take along with us, all the people who have not had a chance to expand their views like we have (honestly, if you cannot point out a single misogynist person in your family photo, you’re lucky!). We’ve all had some degree of evolution as feminists. I have read, heard and discussed feminism, changed my views, and challenged those of others. I’ve grown and continue to grow as I expose myself to new cases and ideas. I’m sure most women, if not all women, can relate to this cycle of growth. And to perpetuate this growth in the society, we cannot simply identify offenders, shame and abuse them publicly, and then let them be. That won’t teach them a lesson, or if it will, it’ll stop at that and not address the core issues of patriarchy and misogyny.

This incident is an inspirational example of how we can raise our voices to make a difference and raise awareness. It may not be the best example, but let’s treat it as a starting point for growth. Let’s introspect upon what happened, learn to become better and carry on. We will stumble, falter and unlearn to re-learn as we continue steadfast on our path to smashing the patriarchy and becoming better feminists.