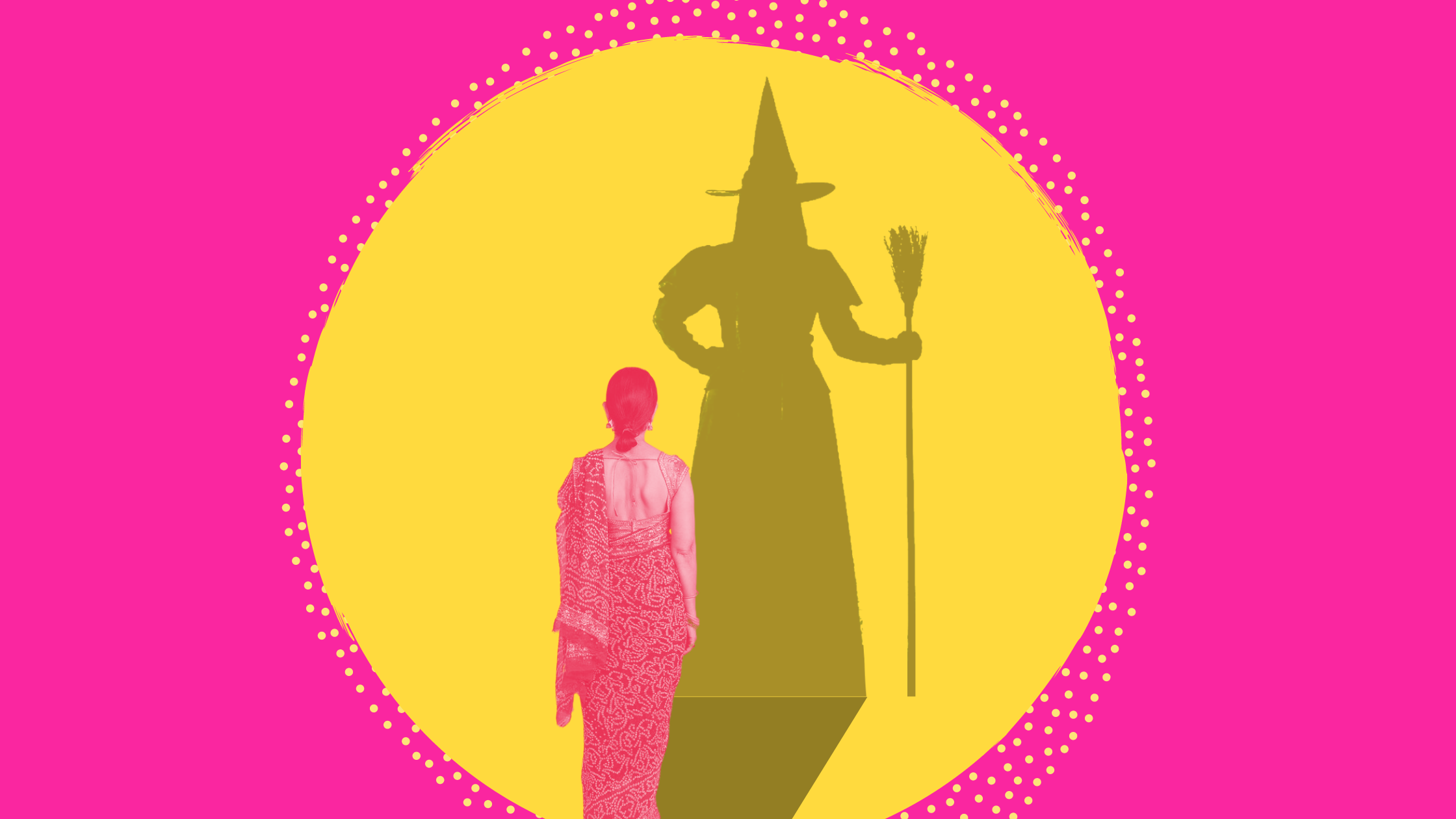 The term witch is ALWAYS associated with the words evil, manipulation, and most importantly, women. Let's understand why
NAVYA KUMAR

Did you just envision a wrinkly, old woman with a crooked nose hunched over a cauldron stirring a greenish potion? Unfortunately, for most of us the word “witch” is associated with manipulation, evil and most importantly with women. ( Except Potterheads! Thank god for you lot.) Have you ever wondered why? We decided to dig deep and found ourselves flipping the pages of history back to colonial Massachusetts in the 1690s. Do the infamous Salem witch trials ring a bell?

Puritans living in Salem had a very stringent moral code, and anyone who didn’t comply with it was branded a “witch”. In short, women were “worthy of honor” if they fulfilled the roles of mother, caretaker, and homemaker, and vilified as witches if they fulfilled their own needs- professional, sexual or intellectual. 14 of them were even burnt at the stake! Can you imagine a time when society, as a whole, felt so threatened by strong women that burning them alive was a logical option!? Well unfortunately this was and still is a reality. And, it’s not just a western phenomenon.

The words “chudail” and “daayan” are ingrained in the Indian vocabulary. They’re used to scare children reluctant to adhere to their bedtime, and insult women who are too ambitious or are bold enough to own their sexuality. Yet, it’s not just restricted to name calling and folklore. According to this research, witch-hunting is so rooted in patriarchy that it finds expression in financial disputes, superstitions and other personal or social conflicts too. So the death of a child, a disease outbreak, or a meager harvest, could all become grounds for accusing women of sorcery.

According to India’s National Crime Records Bureau, more than 2500 people in India have been tortured and killed in these hunts between 2000 to 2016. This means that on average, an Indian woman is killed every other day after being accused of witchcraft. To make matters worse, these presumptions have been standardised by bizarre trials. One method involves writing their names on tree branches. If they wither, the accused is declared a witch. In another, rice is wrapped in cloth painted with names and placed inside a nest of white ants. Whichever bag is unfortunate enough to be picked as dinner, signs the death warrant of another woman.

After a witch is identified, she is tortured. Some are forced to walk naked through the village, while others are gang-raped, punched and left with broken teeth, or forced to tonsure their heads. This is obviously in addition to social ostracism. For women like Kesi Chadana, who was beaten, humiliated, and saved from the burning stake by the police with mere minutes to spare, this statement rings true long after the incident is over- “They didn’t kill me, but they didn’t leave me alive either” Caste also plays a huge role in this vilification of women as witches, with Dalit women facing similar mistreatment. They’re often targeted for their property and punished for venturing outside their “social hierarchy”.

Be it villages or cities, East or the West, the desire to brand and torture unorthodox women is deep seated and ever prevalent. Even Hilary Clinton wasn’t spared! She was labeled the “Wicked Witch of the Left” during her presidential run in 2016, and social media was flooded with images of her riding a broom. So, if women who dream and defy norms will always be seen as witches, maybe we should reclaim the word! Can’t it be a marker of empowerment instead? Because at the end of the day it takes balls, scratch that, ovaries to have a different perspective, to stand up for yourself and what you believe in, and all in a society where everyone is constantly putting you down! I’d rather be a witch than not follow my dreams. But, keep the fire to yourself, I have enough burning within. What about you?