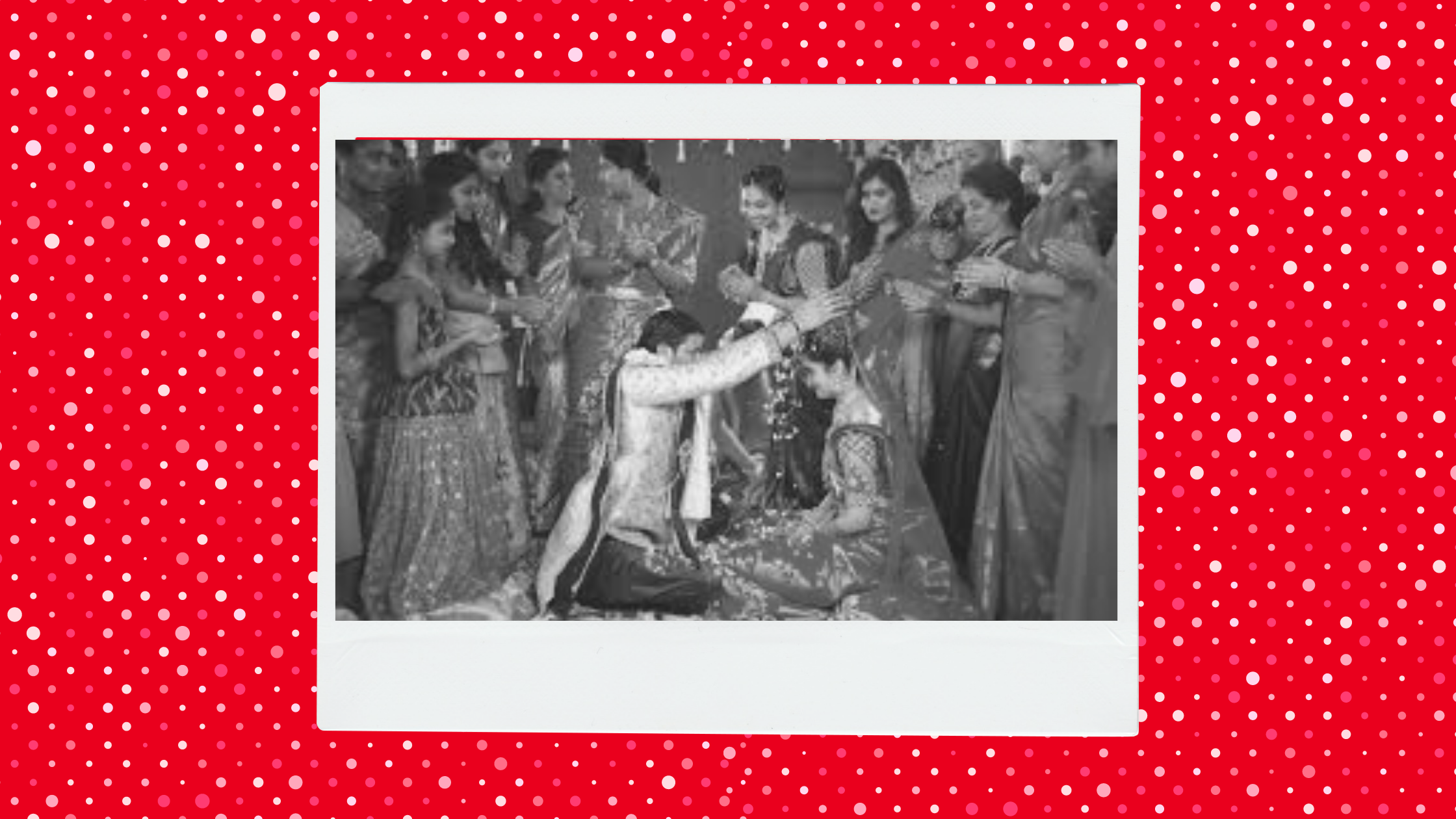 DISCLAIMER : This is a sassy opinionated piece garnished with some statistical evidence to inspire intellects and perhaps even ignite some much needed change.

Indian weddings weren’t always as big and as fat as they are these days. If you don’t believe us go ask your grandparents (unless they are royalty)! Indian weddings were done and dusted within 1.5 days max. with only the closest of family & friends and there was no pomp involved either. Then how did this idea of a larger than life festivity(ies) just to celebrate the love of a couple or in most Indian cases their families, even come to fucking be??

If you back track your memory down Bollywood’s lane, you would remember some iconic ‘family drama’ movies like Hum Apke Hain Kaun. Such blockbusters may have acted as catalysts in popularizing the flamboyance which somehow didn’t just remain for those who had cash to spare but also for those who had to pinch pennies to make sure the grandeur was maintained. So are we then calling Sooraj Barjatya the father of these circuses? Well, maybe!

From then to now, we have come a far way ahead into the age of the bespoke Hashtag weddings and customized Snapchat geo filters. Social media as we know by now has caused a massive spike in our materialistic inclinations. In an age when privacy is a luxury (thanks FB), not only your assets and liabilities but also you love life is a slave of the virtual reality. Virtual reality, because as we all know (apparently) it doesn’t really happen if it’s not on social media! (DUH!!)

So then it’s safe to say the Mr. Barjatya may have planted the sperm of the matrimonial fiasco, but it’s actually the social media that has managed to blossom this premature baby into an ugly infant (oh yeah, it’s just begun!)

Now without getting lost into a passionate dissection of the past & present let’s run over some hard hitting facts.

As per 2011 census, 30% of the total population in India (37 crores approx*) lives in the urban areas. Further, out of these 30% urban people, 28% (10 crores approx*) is within the marriageable age group of 20 to 35 years. Given that there are only 926 females for every 1000 males as per the 2011 census, the number of females available for marriage would be 9 crores. Accordingly the number of nupitals taking place would roughly be 4.5 crores (approx). Hence the number of weddings each year (assuming each person within the age group gets married once) would be roughly around 30,00,000

Now, an Indian wedding can cost anywhere from 20 lakh to 5 cr (has gone upto 550 cr too btw) and we are only talking about the middle class (upper and lower included). Reliance Money that offers personal loans, states in one of it’s blogs “An Indian wedding is generally a three-day affair with different ceremonies and rituals lined up. Each ceremony requires its own set of apparel, set-up, and materials. The average cost of a single ceremony may range between 6 to 10 lakhs.”

From these figures, if we pick up a humble 8 lakh as an average for one day and then consider 3 day of festivities then an average middle class wedding would cost 24 lakh (24,00,000).

Now simply multiply that with the number of people getting married and it sums up to 7,20,000 crores ! A figure so high it could cover

from our annual budget (2018-19) and still leave money spare for some Weapon Purchase and Poverty Alleviation. 😱

Keep in mind that we have tried to keep the numbers as modest as possible! We all know (or can guess) what the elite society spends on their weddings and that number will add up to create a mini India and them raise an independent budget for itself altogether!

We didn’t do the number crunching and the research (tedious AF btw!) just to throw this capitalistic inclination of the nation in your face (although we wouldn’t mind doing it if required!). Our aim here is to raise awareness!

Sure there may be some of you who have always dreamt of having the most magnificent wedding possible, but if a psychologist was to analyse it darling, it would come down to your need to be the center of attention while flaunting off your daddy’s dough in the form of your custom Sabyasachi (and an entire floral arrangement and gold’s worth to go with it).

If you are willing to acknowledge the numbers, and are still ready to splurge the moolah on your 'special day' well then go forth in your bespoke Jimmy Choo and enjoy the limelight! However if you are open to a rational revolution then do take these numbers into consideration and probably lead the way into a more balanced tomorrow?

Ultimately the choice is yours! We cannot convince you to change your mind but can only attempt to make you ponder.

Oh, and be assured that you can certainly never change our minds!!