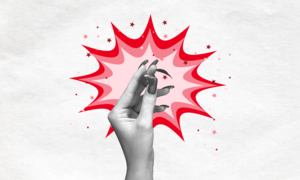 The Great Indian Hype about Hymen

Let's dive deeper into the idea of the hymen and what all the hype is about?
CHAITALI THAKKAR

The Oxford dictionary defines a hymen as a membrane which partially closes the opening of the vagina and whose presence is traditionally taken to be a mark of virginity. For girls across the world, hymen becomes a source of our anxiety and curiosity from an early age. There is so little we’ve heard about it from our popular media yet we feel its invisible grip on our young minds. Does it hurt? Will I bleed? What if I don’t?

In this article, we dive deeper into the idea of the hymen and what all the hype is about?

The concept of virginity has a convoluted past and has usually been associated with the tearing of the hymen. Bleeding after your first sexual intercourse was incorrectly thought to be proof of an unbroken hymen, proving that a person had not indulged in sex before. But, in reality, the state of your hymen has absolutely nothing to do with your sexual activity. Across the world, sexologists, gynaecologists and general practitioners have reiterated that this tiny membrane has no particular function at all.  Despite the growing awareness about gender equality, the idea of virginity is yet to be completely eliminated from religious and cultural traditions.

In so-called modern-day India, the description of an ideal unmarried girl consists of the following traits: fair, domesticated, who does not smoke or drink and most importantly, a virgin. As per our Indian culture and traditions, a girl is not supposed to have any sexual desires, she is meant to save herself for her husband and be their sole property. The very infamous, ‘Virginity Test’ is something most of the Indian girls go through during their Suhaagraat, where, if they do not bleed on their first night, her morals and values are questioned, resulting in life long ridicule and shame not only by her in-laws but also her husband and parents.  In some cases, men demand a divorce or harass the girl’s parents for financial reimbursement.

Such ideas are legitimized when there are popular mythologies that support and practice them. The famous epic, Ramayana, depicts Sita undergoing the infamous Agnipariksha. But what exactly was this Agnipariksha? By walking through fire, Sita had to prove to her god-like husband Ram that she remained pure and that she hadn’t let Raavan touch her. In Mahabharata, Draupadi went through fire each time she was to be intimate with one of her other husbands with the sole purpose of regaining her virginity. Unsurprisingly, this rule did not apply to polyandrous husbands.

A hymen is just a portion of the vaginal canal that serves only one purpose and that is shackling women sexuality. It has no known biological function and it does not indicate whether someone has engaged in sexual activity or not. The hymen can be broken in a variety of ways and is in no way a marker of a female’s virginity. Contradictorily, it’s possible to engage in sexual intercourse and not break the hymen. There are even possibilities that females are born without a hymen.

However, in order to avoid social ostracization, women have started to opt for hymenoplasty (surgical repair of the hymen.) Since 2015, India has witnessed the rise of hymenoplasty by 20 to 30 per cent annually. To do away with such conservative traditions, we have to educate women about their anatomy, we have to challenge male-oriented textbooks in schools and start having a tough conversation at our respective homes.

Virginity is a social construct and not any proven medical condition. Losing your virginity is completely your choice and need not be proven to anyone. A tiny membrane cannot dictate a woman’s sexuality and worth- women are not just sexual beings, they are autonomous stakeholders of their lives and no tradition could change that.