The Problem with Barbie, Besides the Obvious

A dark origin story of one of the most favorable toys in the world and their impact on young girls.
NAVYA KUMAR

“I’m a Barbie girl, in a Barbie worldddd…”

Did you just hum the rest? It’s okay, I did too! As children, we’ve all played with these infamous Barbie dolls. Some of us (including me I have to admit) were obsessed with dressing them up, dabbing them with makeup, and buying them real estate! Pretty sure I’ve shared a couple of my scandalous preschool secrets with my Barbies too.
But, they’re more than just playmates. Barbies are cultural icons. They’ve gone from being mere dolls, to getting featured in movies, music, print, and video games. Recently, Barbie even became a Youtube star.

But behind all the glitz and glamour, Barbie has a dark side.

Since their invention in 1959, Barbies have been setting unrealistic beauty standards for a LOT of young girls around the world. Research has shown that 99 % of girls between ages 3 to 10 have owned at least one Barbie doll. These young girls have grown up believing that being 5’9”, weighing about 50 kilos, having F-cup breasts and stick-thin limbs is the only way to go! All while ignoring the fact that a real-life Barbie, with an estimated BMI of 16.24, would be crawling on all fours into the Anorexic category. 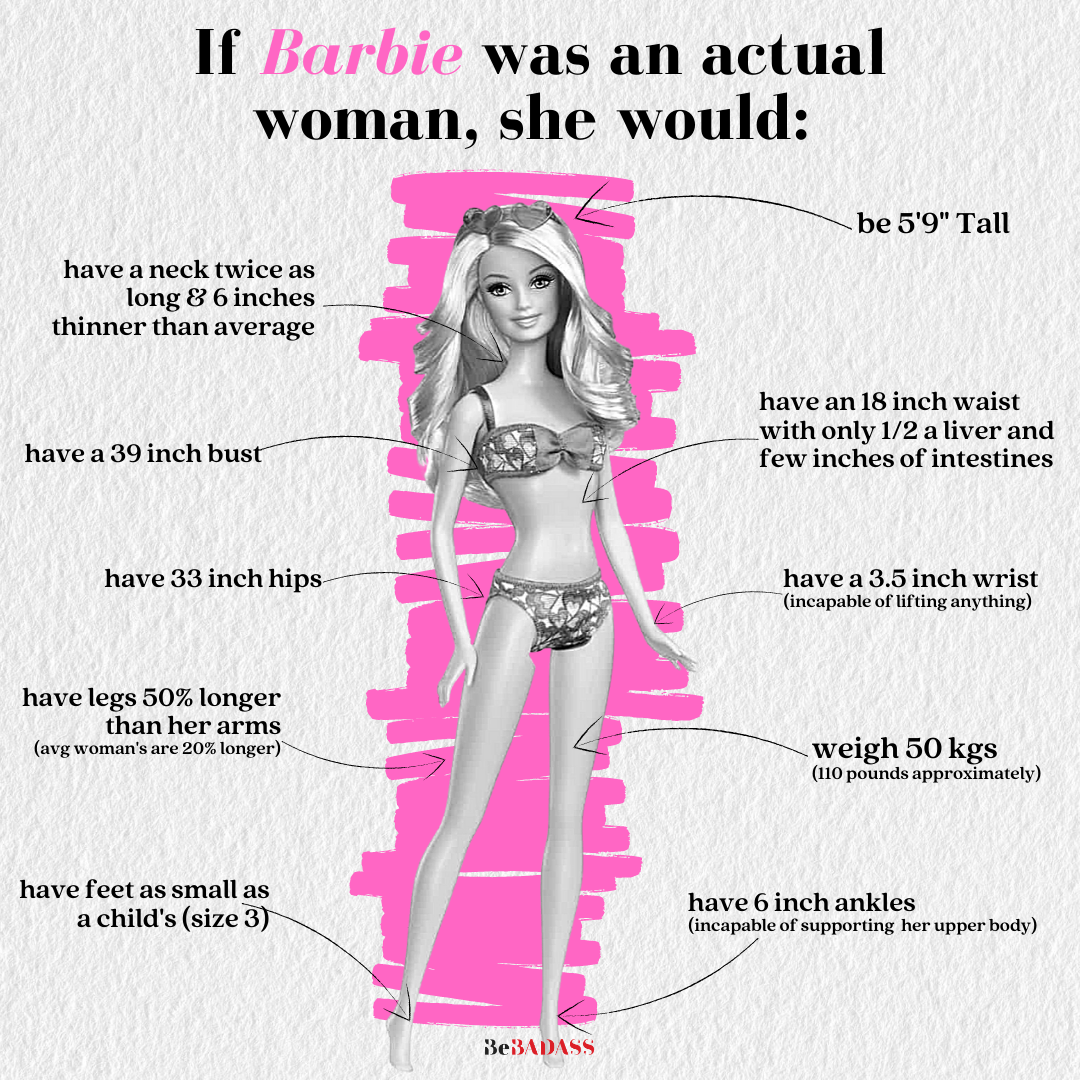 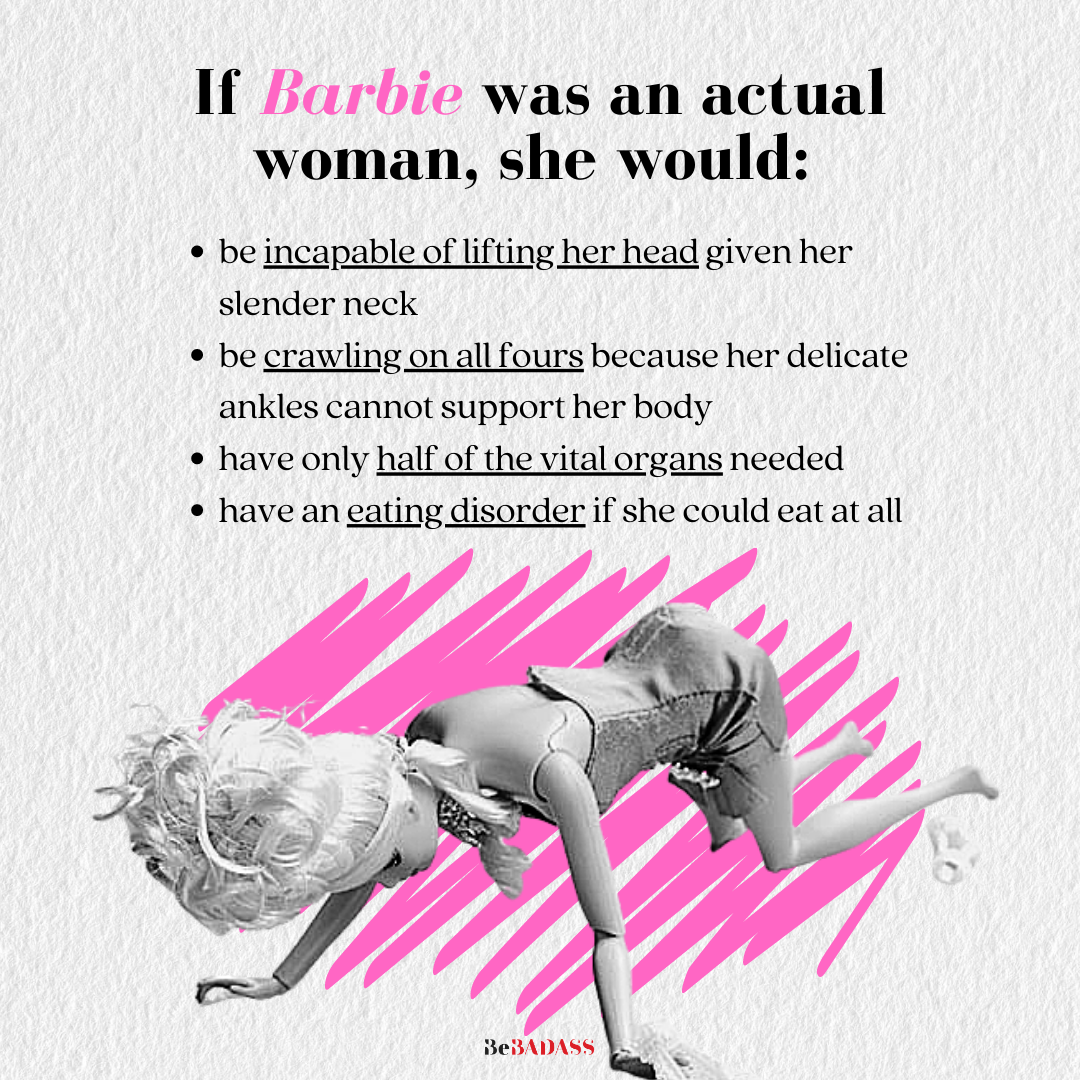 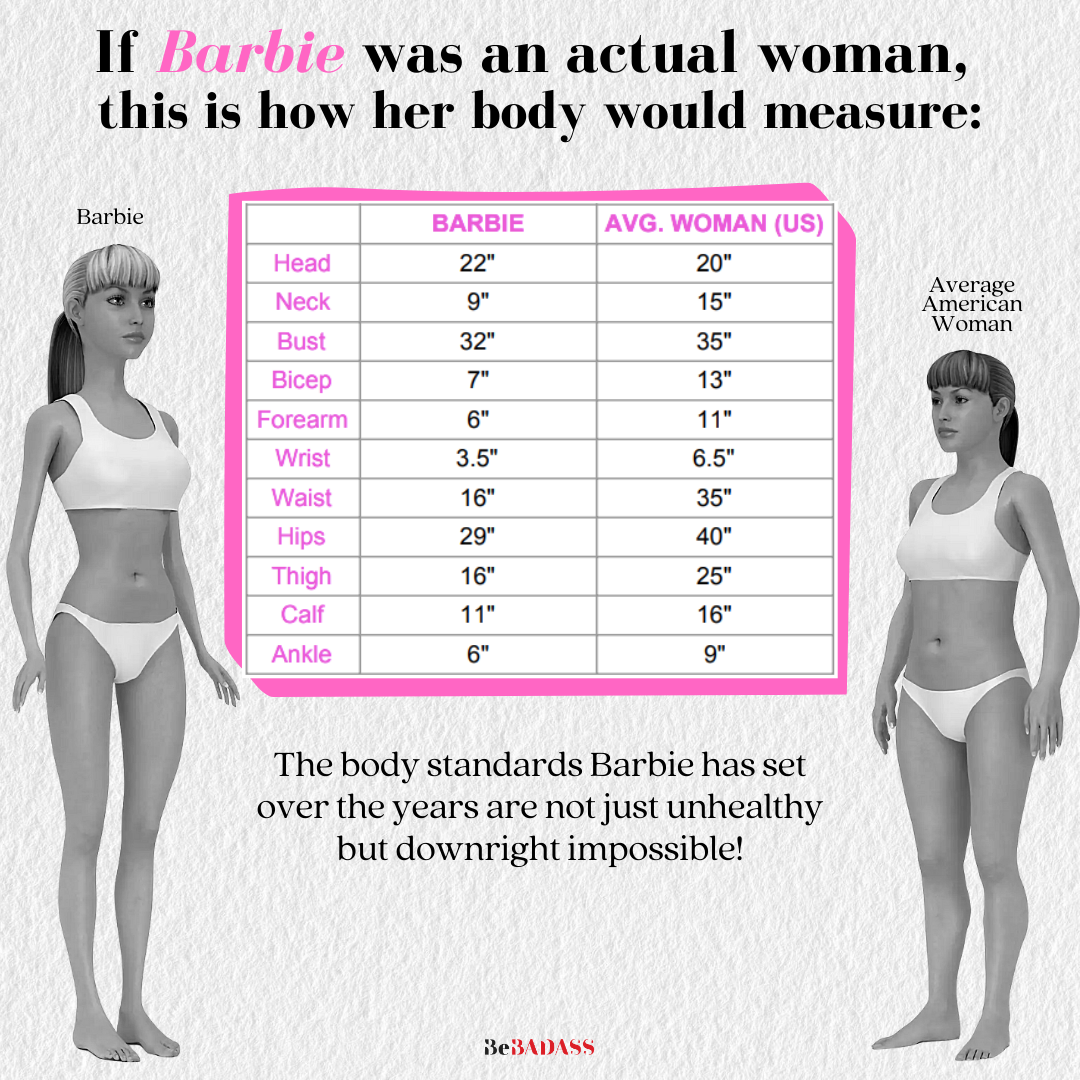