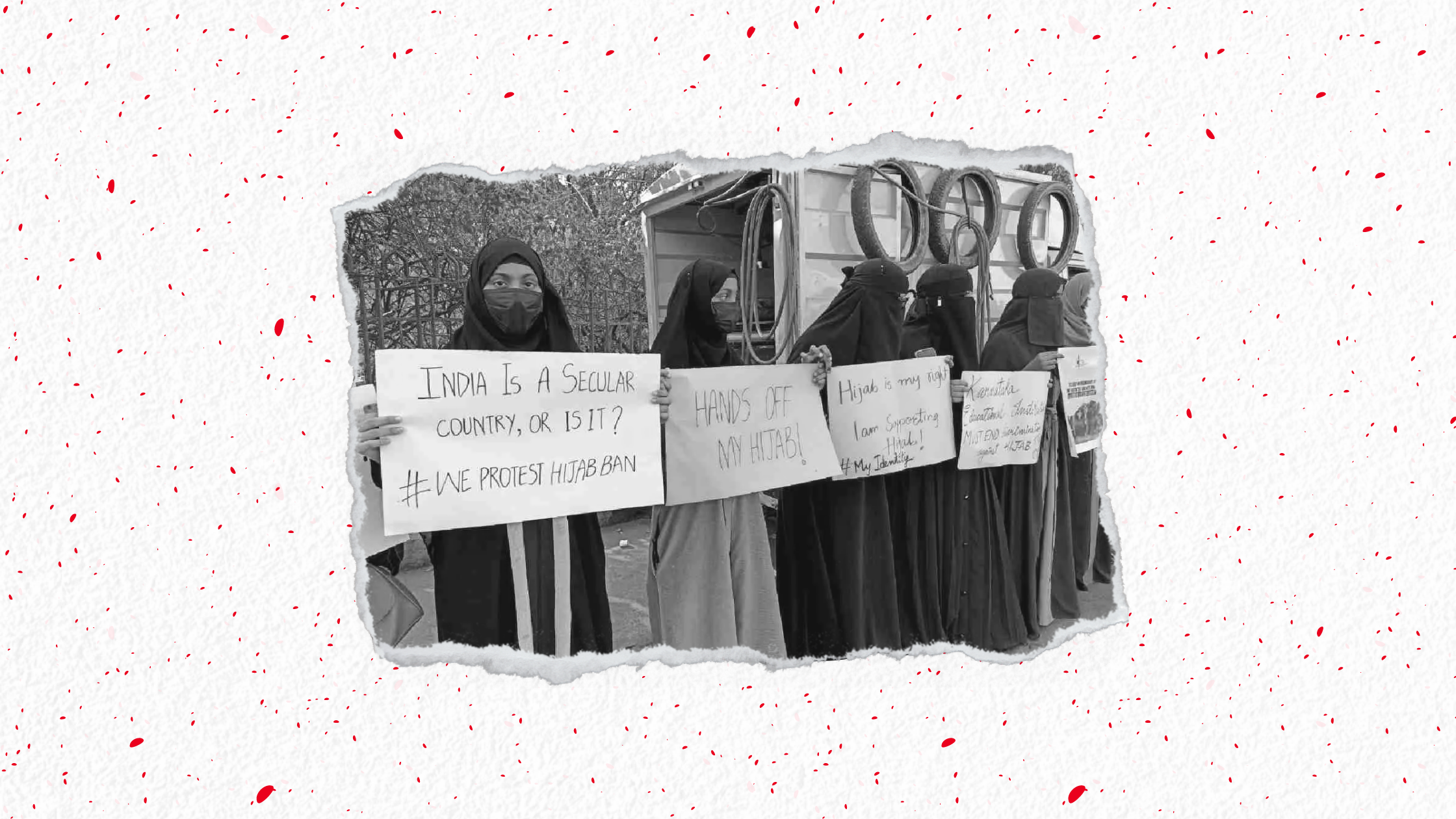 Who Decides What Women Can Wear and Why?

Feminism has always been about creating a space, a world that allows women to make their own decisions. So why are we so sceptical of the Hijab?
SIMRAN VARMA

Feminism has always been about creating a space, a world that gives women the autonomy to make decisions for themselves, to exercise their autonomy. Whether you like it or not, this also includes their ability to express their religious belief. In Karnataka, students are disallowed from entering their colleges due to their hijab. What started in one college, has now spread across various educational spaces. The Muslim women are being followed and heckled by a mob of men and women. A heartbreaking video of a Muslim woman walking through a crowd of hundred people, heckling her was circulated across social media platforms. While she stood tall, courageous, unafraid of the mob- one must ask themselves and the authority- why is this happening?

Is it because of the hijab? Let’s get that straight- it is not. The important questions to ask is, who makes these decisions, who decides what a woman can wear and why? What is happening in Karnataka today is not a question of empowerment or equality. It is about a group of people imposing their beliefs on Muslim women- challenging their autonomy, disregarding their choice and their constitutional right. No one can stop a woman, irrespective of her religion from accessing educational spaces.  It is through these spaces, social mobility and economic independence can be achieved.

However, when well-meaning feminists and of course, men try to make this an issue about the so-called oppression of Muslim women it creates a clear-cut semblance with what is popularly known as the White Woman Savior Complex in feminist discourse.  WWSC does not take into account the diverse cultural and socio-economic realities of women. They view women from other religious and cultural groups as inherit victims- who need to be saved. But that’s hardly true- women don’t need to be saved. Women need their constitutional rights- the right to make a choice for themselves. Currently, in Karnataka, they are being pushed out of educational spaces, segregated from the rest of their classmates. So we reiterate, this has nothing to do with empowerment or the Hijab, it has more to do with alienation and differential treatment.

As a feminist, it is so important to understand that your personal thoughts about the hijab cannot and should not be imposed on Muslim women. What matters is that you pass the mic and you stand up for them when their constitutional rights are being threatened. Women are not relational and helpless subjects, they can speak for themselves, they can bring about change in their communities. They don’t need saviors- they do, however, need solidarity.

The Hijab imposition is wrong, banning Muslim women from colleges because of their hijab is equally wrong. A group of men, no matter how powerful cannot decide how women live their lives.