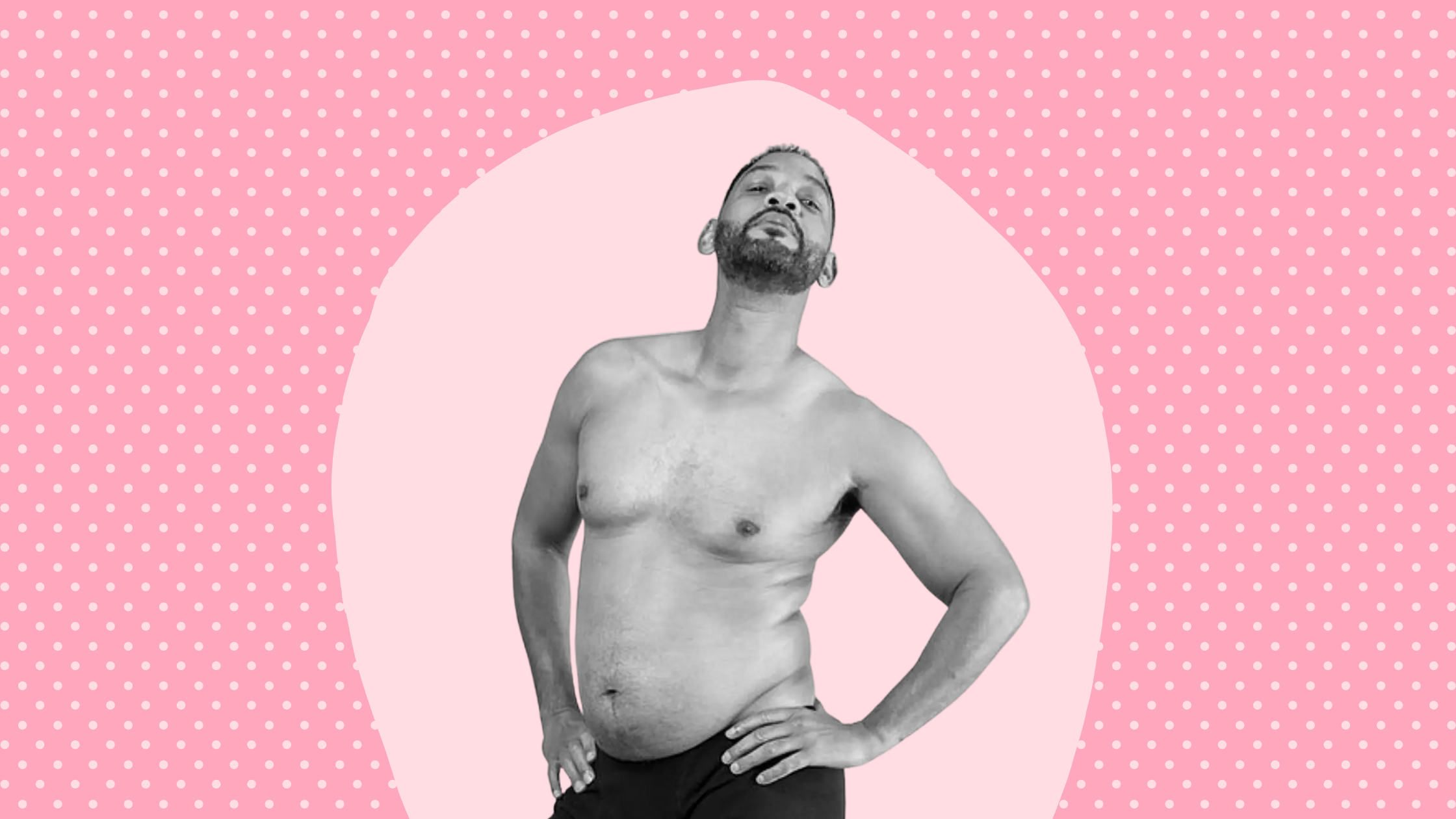 Why is dad bod more acceptable than mom bod by society?

What is the dad bod?

What is left of a female body to be objectified and of a male body to be validated? The ‘Dad bod’ is a male body prototype that feeds on the vulnerabilities of women and caves into the glorification of a male body type that is easy to attain and even easier to maintain. Mackenzie Pearson was the first person to use the term ‘dad bod’ as a legitimate phrase in her article on a college news website for Clemson University. “The dad bod is a nice balance between a beer gut and working out,” she claimed in her article. She also went on to write that “while we all love a sculpted guy, there is just something about the dad bod that makes boys seem more human, natural, and attractive.” The issue with an approach as such is not only how it aims to glorify men for being natural while holding various ideal beauty standards for women, but also what it says about women and the way the society is so fixated upon an ideal figure for women, that they feel more relaxed and at ease next to a man who is average looking at best (as per the physical standards of beauty).

While dad bods are lusted for, mom bods are not even a thing, and when we do in fact talk about mom bods, we are actually talking about famous moms who have lost a lot of weight in a very less time to “bounce back” from their pregnancy body. Interestingly, moms who go through a significant change in their bodies during the pregnancy are expected to bounce back as soon as possible, but dads who have to go through no physical change get to have beers and women drooling all over them. The dad bod empowers a certain body type, but it also makes average middle class men feel better about themselves. However, this also unintentionally puts a certain pressure on the mom bod to be hot, and that in turn exploits the female body again after having gone through rigorous and sometimes, unwanted changes during the pregnancy.

According to a survey conducted by Muscle and Fitness Dot Com, 38% women like muscular men who workout regularly, 47% are somewhat indifferent to the shape and size of the body of their partner, and 15% women would date men with a dad bod. This has substantially increased body shaming among men, and that’s exactly why dad bods pose a threat to our peace of mind. The term dad bod in itself suggests a lack of something, and that lack is what women find attractive, and while there is a reason for this that we will discuss in a while, currently it is important for us to note that liking a particular body is not the problem, labelling and categorising them under a category that may or may not have a positive impact on the owner of the body in question is a problem. This reinforces the idea of how a body should look, which gets even more bizarre when we realise that men are accepted and even celebrated for a dad bod, but women are still supposed to live up to a certain physical beauty standard, and ironically this includes new moms.

Should we Boycott the Dad Bod?

Women claim to like the dad bod because they find it less intimidating, and if their partner has a dad bod, they automatically become the better looking person in the relationship. But wait! That is just a demeaning and not subtle way of asserting that the dad bod does not actually look good. So, are we really celebrating the body then? This is the ‘lack’ that we earlier claimed women found attractive in a dad bod. On the contrary, Anne Mandal stated that the reason why she likes the dad bod is because “dad bods are more masculine in a sense where they make you feel secure, at ease, and make you want to have something permanent with them.” (But I think she has major daddy issues, Freud is turning in his grave somewhere!) The dad bod need not be boycotted, but whether or not it should be celebrated while female bodies are scrutinised on a regular basis is another question which you must ask yourself?

How can we help?

Women all across the world have shown an interest in the dad bod, and it is because they find it more human, natural and attractive, which is a great start to accept and celebrate bodies that are not supposed to look like the people we see on television screens. However, the need of the hour is to initiate a conversation regarding holding the same standards for female bodies too. The dad bod according to Mackenzie says "I go to the gym occasionally, but I also drink heavily on the weekends and enjoy eating eight slices of pizza at a time." We don’t have a problem with finding this body type attractive as long as it is not gender specific.

Moms who go through a significant change in their bodies during the pregnancy are expected to bounce back as soon as possible, but dads who have to go through no physical change get to have beers and women drooling all over them.