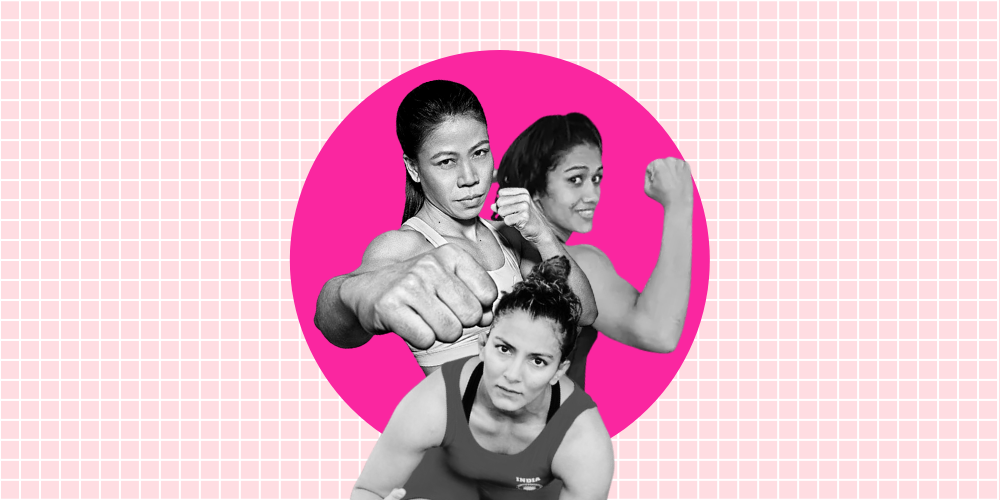 Countless women have been told that they fight, run, and play like a girl. One would think, given the exemplary passion and courage women display, in mundane as well as extraordinary situations, fighting like a girl would have positive connotations. What it does imply, however, is a lack of strength and character that men commonly associated with women. Let’s take a look at 11 bold women who fought like girls in the truest expression of the phrase, and showed sexists how gravely mistaken they were.

The first and only woman to ever occupy the Sultan’s throne in Delhi, Razia Sultana was an exemplary ruler. Her wise administrative decisions and efficient war tactics helped stabilize the empire. Her rivals attacked her gender and descent, ultimately succeeding in a conspiracy to dethrone her. Her legacy of bravery outlived her death and inspired many women regents to defend their kingdoms against encroaching powers.

St. Joan of Arc was a young warrior in medieval France. At the age of 18, she led her country in the battle against Britain in the Battle of Orleans, in which she emerged victorious. She faced severe persecution from misogynistic and bigoted forces in the Catholic Church, who weaved a narrative of witchcraft and heresy to discredit and kill her.

Begum Hazrat Mahal was queen regent of Lucknow during the Sepoy Mutiny and exercised immense political influence. Her military and administrative acumen were unmatched. She led armies in the Siege of Lucknow Residency and fought against British colonizers. She was an ardent supporter of communal harmony. In fact, one of her biggest complaints was that East India Company demolished numerous mosques and temples to construct roads.

Lakshmi bai, popularly known as Jhansi ki Rani, is one of the most valiant queens in Indian history. She was a leading figure in the Sepoy Mutiny of 1857 in Jhansi.  Adept in fencing, archery, and warfare strategy, she fought till her last breath to protect her kingdom against British colonizers.  When she was informed regarding the East India Company’s plan to annex Jhansi,  she responded by saying,  “I shall not surrender my Jhansi” and she did not.

MC Mary Kom is a boxer who has represented India in the Olympic Games several times. Having won 8 Olympic medals, several national and international accolades, and worldwide acclaim, she has set new precedents in the field of boxing. When asked the formula of her success, she’s quoted as saying, “I simply refused to let people tell me that I’m weak because I’m a woman.”

Gunjan Saxena is the first woman who became part of the Indian Air Force, inspiring many after her. She was the first woman to fly in a combat zone, during the Kargil War in 1999, in which she evacuated over 900 casualties. She also evacuated several wounded soldiers in the rescue operations she led.

Rani Abbakka Chowta, popularly known as Abhaya Rani or the Fearless Queen, is often attributed as the first woman to lead an anti-colonial struggle in India. She ruled from Ullal, present-day Karnataka, and led armies against Portuguese colonizers in the mid-16th century. She was eventually imprisoned by Portuguese victors but continued to rebel till her last breath.

Queen Cleopatra was the last standing pharaoh of Egypt. A multilingual ruler, her political influence surpassed territorial boundaries. She led a massive fleet at the Battle of Actium and transformed the politics of Egypt and Rome for generations to follow. While people may remember her for her beauty, she was a spectacular leader.

Keeping aside the Phogat sisters’ political preferences, they are a fantastic example of how women break away from stereotypes and in doing so, create a place for themselves in society. The Phogat family consists of six sisters hailing from Haryana – Geeta, Babita, Vinesh, Priyanka, Ritu, and Sangita. Trained by Mahavir Phogat, they excel in wrestling. They have singlehandedly overcome several challenges to bag numerous medals at Asian Games and other international platforms.

Zenobia was a Syrian queen of Egyptian descent and ruled from the throne of Palmyra. She led several armies in combat and annexed territories in Egypt, Lebanon, and Palestine. She succeeded in creating an empire free of Roman domination, even as the Roman Empire was at the zenith of its power.

Boudica was the queen of a Celtic tribe named Iceni. She led Iceni armies in several defensive battles against Rome and protected her tribe with a fierce resolve. She was a formidable challenge to Roman patriarchy and remained so till her death.

All these women serve as exemplars of strength and determination. They prove that to fight like a girl is to believe in your cause. To defend yourselves against forces of tyranny. To rise against powers that seek to suppress you. To fight like a girl is, therefore, to fight hard, and give it all you’ve got.