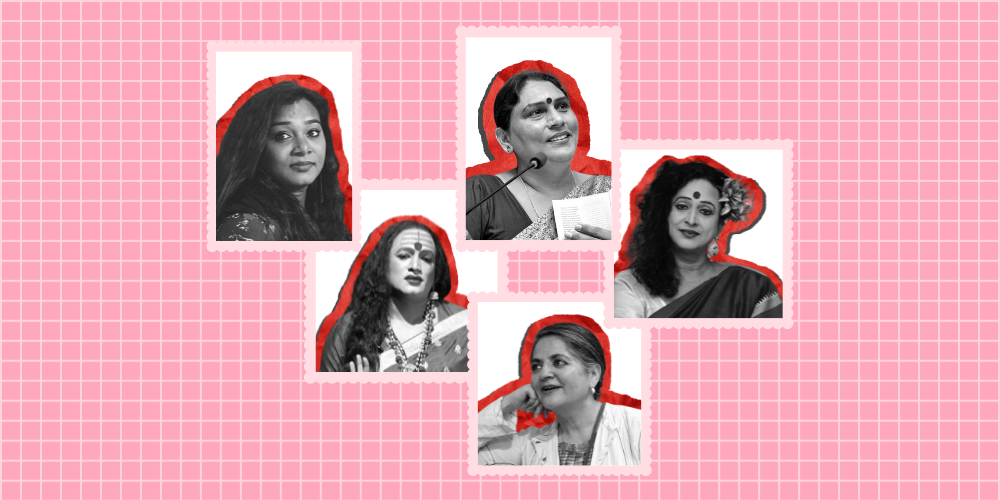 4 Books on the Lived Experience of Trans-Women and Hijras

Here are 4 books exploring the lives, challenges, and victories of the Trans and Hijra community
SIMRAN VARMA

Michael Bassey wrote, “We do not learn for the benefit of anyone, we learn to unlearn ignorance”. As we grow up, our ideas, thoughts, and imaginations are socially and culturally constructed. While they remain significant, they are shaped by our limited interactions with the people and traditions around us. BeBadass’ Learning to Unlearn is a series of book recommendations that have helped people from across generations in unlearning some of their internalized biases and destigmatize issues pertaining to gender, class, religion, and caste.

Over the decade, we have seen a significant yet sometimes tokenistic approach to Transgender rights. In 2014, the Indian Supreme Court ruled that all transgender people should be recognised as a third gender. The landmark judgement was applauded throughout the country as several trans activist-groups had been working towards legal representation. However, The Transgender Person (Protection of Rights) Bills 2019 was rightly criticised on numerous fronts. Instead of protecting the rights of trans people, the bill outrightly violates them. The two-step process mandated by the new law, not only dehumanises the community but allows a government office to decide which trans people qualify to be recognised as who they are.

In current circumstances, to be able to understand their anxieties, demands and voices- it becomes imperative for everyone to understand the lived experiences of the trans and Hijra community. While the words Hijra and Transgender have been used interchangeably in the past, they are not the same. Hijras are one of many transgender term identities. However, not all transgender people are Hijras. The latter is a part of a wider cultural community that consists of various ritual, roles and responsibilities.

While the law is an essential part of the discourse- it is important to look at other areas that alienate and dehumanise the community, and how we could be better allies.  Here are 4 books exploring the lives, challenges and victories of the trans and Hijra community:

A. Revathi is a writer, actor and human rights activist based in Bangalore. In her hard-hitting memoir, Revathi recalls the emotional and physical violence she had to face.  After constant ostracization by her family and community, a village-born Revathi ran away to Delhi to join the house of Hijras. Throughout her book, she recalls several life-changing moments- sometimes joyous and exciting but often marred with alienation and frustration. Revathi writes about her moments of silences, dissent, and everything that has led her to live a life of dignity and find love. It is an illuminating read that leaves you a little bothered but forever changed.

Living Smile Vidya or Smiley is an Indian trans woman actor, assistant director, writer and Dalit rights activist from Chennai. Her memoir was initially written in Tamil and was later translated into seven languages. According to the Dalit History Month project, she is described as the first trans person in India to have her chosen identity reflected in their passport. She continues to speak up about Dalit rights and has received death threats for the same. Her book, ‘I am Vidya' narrates her emotional journey of fighting against a system that has for so long only known and accepted two binaries. She recalls the various indignities forced upon her and her victories that have shattered the heteronormative definition of gender. As her book states, “Identities are not mere markers we are known by; they define as well as limit us”  Smiley’s story is that of resistance, love and of finding yourself irrespective of the societal pressure and ostracization.

Dayanita Singh is a Delhi-based photographer. ‘Myself Mona Ahmed’ is her first book that follows the life of a Hijra, Mona Ahmed whom Singh had befriended and began photographing more than ten years ago. Her book is a collection of photographs of Mona and her correspondence with Walter Keller, a publisher. Singh attempts to document the life of her friend. Mona Ahmed was born in pre-independence India in Old Delhi. She was abandoned by her family due to her gender and shunned from the Hijra community due to her unconventional decisions. Singh’s book highlights the poignant, personal moments of Mona’s life- her moments with her daughter, her praying at the mosque, and her fierce defiance. Dayanita Singh’s book is commendable not solely for its artistic brilliance but because she cares- it is an ode to an old friend.

Laxmi Narayan Tripathi is a transgender activist, writer and brilliant dancer. Me Hijra, Me Laxmi is her autobiographical account that explores the various obstacles that she had faced to become the extraordinary woman she is today. Tripathi is the first transwoman to represent Asia Pacific in the UN in 2008. At the assembly, she had raised the issue of sexual minorities. She stated, “People should be more human-like. They should respect us as humans and consider our rights as transgenders.”  The author has fought against all odds for the recognition of the Hijra community’s right. Her book takes the reader through an emotional story of Tripathi’s life- her love affairs, mental and physical abuse, and her quest for a dignified and graceful life, not just for herself but the entire Hijra community. Tripathi has been criticised for her controversial views on issues pertaining to caste, representation and Hindutva politics.  Dalit and Adivasi Trans persons continue to be further marginalised and alienated, even within the trans movement.

Sexuality is a spectrum, and the onus of (un)learning about different communities is on us. With the Transgender Person Bill 2019, it is even more important to educate yourself and most importantly, to pass the mic.