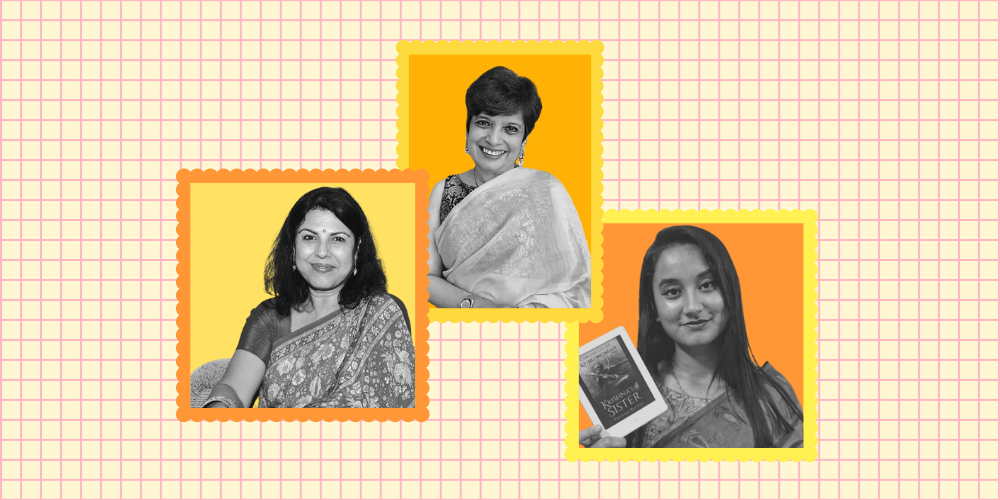 4 Books Written About the Extraordinary Women of Mahabharat

Mahabharat needs no introduction. Thanks to the epic being told and retold across generations, there are various perspectives from which it is seen. The epic has one of the most well-written and spectacular women characters. Fortunately, women writers took it upon themselves to write about some of these women and shed light on their lives, contributions and personalities. Today, there are several noteworthy versions of the Mahabharat from the point of view of women, written by women.

Here are a few:

If we consider ‘unputdownable’ as a word, it would be apt for this book. The book narrates Mahabharata from the lens of the female protagonist, the most powerful and enduring woman of her era, Draupadi. From emerging out of flames to serve a divine purpose to witnessing a humongous and devastating war for her vengeance, the life of Draupadi has been described illustriously. The author depicts Draupadi through a lens of a woman- without attempting to make her perfect or godly. She is Draupadi, with all her past and future. This is a must-read for anyone who finds Mahabharat as a subject of interest. If you haven't read Mahabharata yet, don't worry; start with this book.

Karna is a complex- grey character. His story could be written as a hero or as a villain. Or it could be written from his wife's perspective - the woman who was labelled the outcaste's queen. His wife's journey is not any less extraordinary- from a pampered Kshatriya princess to the wife of a mistreated warrior. Karna's first wife, Vrushali is mentioned in a few versions but Princess Urvi, his other wife, is majorly unheard of. Urvi's relationship with her in-laws, with Kauravas and Pandavas is presented, through various stages of the epic. The author did a fantastic job writing about Karna without any bias or preconceived notion that he is good or bad. The book talks more about Kauravas and their side of the story, which is a rarity.

It is apparent that Satyavati's desire for queendom and her father's exorbitant demand that her bloodline should have the throne led to the Mahabharat. The story is of a fisherman's daughter who rose to glory and power, as a remarkable queen, and later brought upon the inevitable destruction of her own clan. The book talks about the life of Satyavati, from her childhood, to give us a perspective of the woman that she was; not merely someone's wife or daughter. Initially, Satyavati just wanted to be the queen which isn't unnatural. However, her ambitions kept rising and she went to unbelievable extents to satisfy them. The book is a perfect representation of the matriarch whose decisions and greed led to the epic.

Yet another woman who sacrificed, endured and fought. Mahabharat has women with incredible spirit and strength and this conversation would be incomplete without Krishna's sister, Subhadra. The story starts with Subhadra being betrothed to Duryodhan as decided by her elder brother. However, with Krishna's support, she marries Arjun, the love of her life. Even after that, Subhadra didn't have it any easy. Her kind and gentle nature convinced Draupadi to accept her. However, when the need arose, she raised a fierce warrior, while her husband was in exile. Subhadra's sacrifices of staying away from her husband due to an unfair game, losing her son in a fraudulent and unequal war deserve to be recognised.