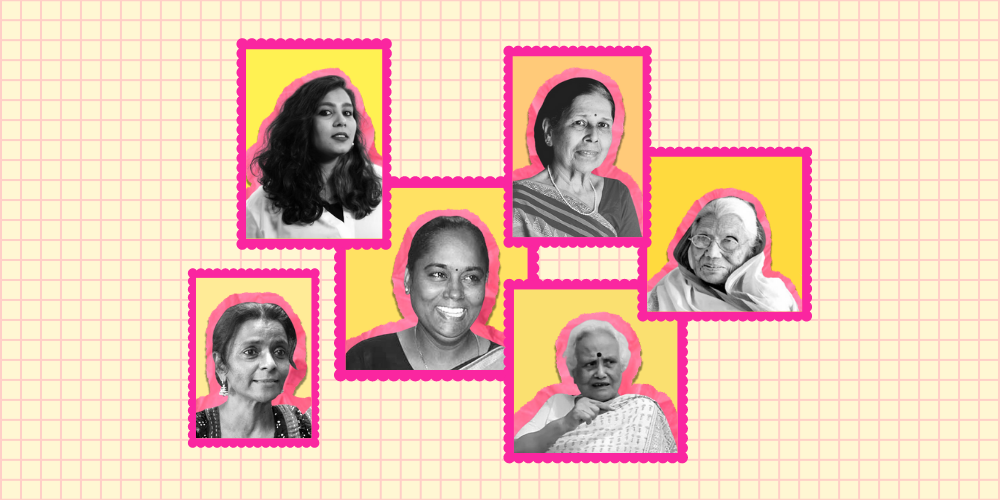 Our team has curated a list of women writers that have made significant contributions in the field of Dalit Literature and Dalit Feminism.
SIMRAN VARMA

Michael Bassey wrote, “We do not learn for the benefit of anyone, we learn to unlearn ignorance”. As we grow up, our ideas, thoughts and imaginations are socially and culturally constructed. While they remain significant, they are shaped by our limited interactions with the people and traditions around us. BeBadass’ Learning to Unlearn is a series of book recommendations that have helped people from across generations in unlearning some of their internalized biases and destigmatize issues pertaining to gender, class, religion and caste.

The tradition of Dalit writing can be traced to the 11th-century writer, Madara Chennaiah. Yet, it was not until 1960’s that the term, Dalit Literature took the centre stage in Maharashtra amongst Dalit and non-Dalit readers. Throughout history, Dalit voices had been silenced with the religious, cultural and social sanction.  It was in this context; the inception of Dalit Literature became the most significant literary movement to emerge post-independence.

Our team has curated a list of women writers that have made significant contributions in the field of Dalit Literature and Dalit Feminism. To understand the interwoven nature of caste and gender- one must simply turn to Dalit women writers.

Faustina is a Tamil Dalit novelist, teacher and a feminist. She grew popular upon the success of her autobiography, Karukku. Her book chronicles her life as a Christian Dalit Woman, the joys and sorrows experienced by her and the pervasive impact of the caste system. Upon the release of her book, she was publicly ostracized and was not allowed to visit her village for seven months

Babytai Kamble was an activist and a writer. She belonged to the Mahar community and was greatly inspired by the works of Dr B.R Ambedkar. Her book, The Prisons We Broke was the first autobiography written by a Dalit woman. Kamble’s memoir explores the nature of caste and gender discrimination faced by Dalit women at the hands of Upper Caste Hindus as well as Dalit men.

Sujatha Gidla is an Indian American author. She was born in Andhra Pradesh but moved to the United States when she was 26. Her book highlights the untouchable community’s struggle to overcome poverty, social ostracism and questions how the caste system continued to dictate their lives despite converting to Christianity.

Urmila Pawar is an activist and Marathi writer. Her memoir, Aaidan or The Weave of My Life takes the readers through her memories of life in a small village and her mother’s constant struggle to make ends meet through her school and college life. She recounts three generations of Dalit women’s struggle to overcome the hurdles caused by the caste system.

Pawade is an activist and the first Dalit women to become a Sanskrit Pandita. She was born into the Mahar community and continued to study Sanskrit despite the rampant practice of untouchability. In fact, her choice to study the subject was inspired by Ambedkar. Her book explores the double exploitation of Dalit women and how she challenged the Upper Caste men’s monopoly over the acquisition of Vedic knowledge.

Yashica Dutta is a writer and journalist. She grew popular upon the release of her book, detailing her choice to hide her caste. She decided to come out as a Dalit upon reading Rohit Vemula’s last letter. Her book is an account of growing up in a Dalit family, the factors that compelled her to hide her identity and the ones that inspired her to embrace it.

For feminist across the country to strive for equality, it becomes imperative for them to engage with the question of caste as it continues to marginalize and dehumanize the majority of the country. Unlearning is an eye-opening yet exhaustive process, be easy on yourself and take your time!