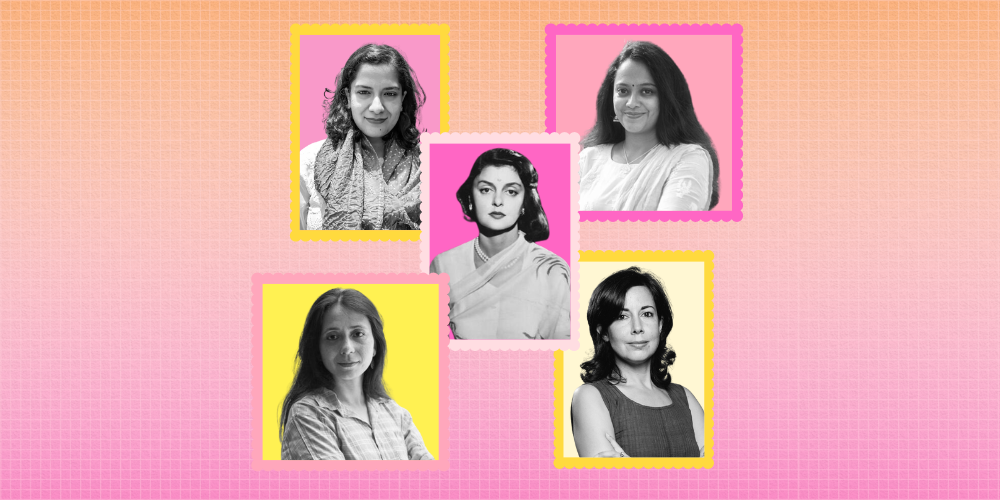 Books that Unearth the Ideas of Gender, Sexuality and Desire

This list is a collection of fiction and non-fiction books that share the stories and writings of some of the most extraordinary women.
Team Bebadass

Women are not a monolith- they are culturally and socially diverse. Despite the societies’ efforts to lay out a singular path for them, women's desires and dreams tend to take their own colourful shapes. This list is a collection of fiction and non-fiction books that share the stories and writings of some of the most extraordinary women. The underlying question that these books try to answers is, ‘What makes a woman extraordinary’- is it her beauty, her contribution to social issues or her enigmatic life itself.  You’d realise that there is no one answer to this question but what remains significantly constant is their resilience to fight societal norms and in doing so, create a path for other women to express, live and love as freely.

Here are 5 books that celebrate the stories and writings of women:
‍

The Sensational Life and Death of Qandeel Baloch
by Sanam Maher‍

The Sensational Life and Death of Qandeel Baloch is an extraordinary biography written by a renowned Pakistani journalist, Sanam Maher. The book dives into the sensational life of Pakistan’s first celebrity-by-social media, Qandeel Baloch while providing a larger context of the country in which she was killed. While her bold social media presence took the world by storm, she used her platform to talk about issues pertaining to women's rights in Pakistan. Upon her rising popularity, international news media were quick to compare her to Kim Kardashian but for the south Asian commentators, she was so much more- she was a Pakistani woman who was constantly challenging societal norms and lived her life unapologetically. From leaving an abusive marriage to creating a niche for women to embrace their sexuality and desire- Baloch was a social media personality like no other. In 2016, she was killed by her brother as he believed she was bringing dishonour to the family. Her death garnered local and international criticism. It was in this context, the Anti-Honour Killings Laws Bill was fast-tracked in parliament. The book is a must-read for multiple reasons. While it exposes the misogyny that continues to haunt Pakistan, the book does a brilliant job at narrating the life of a woman, so unapologetic that the world refuses to forget her.
‍

The Princess Remembers
by Gayatri Devi and Santha Rama Rau

‘The Princess Remembers’ is a poignant memoir written by Gayatri Devi, the daughter of the Maharaja of Cooch Behar and the widow of the Maharaja of Jaipur.  The royal family of Jaipur has made it to the Guinness Book of World Record twice- once for the most expensive wedding and second, for the largest majority won by any candidate in any election in any democratic country in the world, that candidate was Gayatri Devi herself. In her memoir, she takes the readers back to her childhood, her adventurous trips to London and gives readers a glimpse into her six-year courtship with the Maharaja of Jaipur. She had gained popularity for her impeccable style and was often called the most beautiful woman in India but in reality, Gayatri Devi was much more than that. She challenged those in authority and, fearlessly, practised her beliefs.  In a country governed by patriarchal rules, Gayatri Devi had done something remarkable- she had garnered the love, affection and respect of millions.
‍

‍Unbound is a collection of some of the most extraordinary writing by Indian women over the course of two thousand years. The book is brilliantly curated by Annie Zaidi, who depicts various aspects of life through the work of Indian women writers. While many of the pieces are commentaries on the struggle that women undergo to overcome obstacles—social and political—all of them showcase the remarkable creative ability of their creators. The term ‘women’s writing’ has often been used to limit and stereotype the work of women writers. But it also has a larger and more constructive meaning, and that is the sense in which it has been used to inform and describe the context of the book. As Annie Zaidi explains in her introduction: ‘Women bring to their writing the truth of their bodies, and an enquiry into the different ways in which gender inequity shapes human experience.’
‍

Mohini has been known and celebrated as a Hindu Goddess for hundreds of years but not many writers have tried to delve deeper into her life, thoughts and beliefs. She is the only avatar of Lord Vishnu and is often portrayed as a femme fatale, enchantress who revels in autonomy and beauty. Anuja Chandramouli’s book, ‘Mohini’ is a compelling story that takes the reader through a mesmerizing journey through time, almost tip-toeing between mythology and reality,  and often blurs the line between the past and the present. Chandramouli’s writing instils agency in Mohini and depicts her in a new-found light. Perhaps, the most impeccable aspect of the book is that it showcases the lives of many extraordinary women who had become a mere footnote in the mythology. The book creates a commentary that remains relevant in the present times, while simultaneously talking about various topics such as homosexuality, gender and the patriarchal conditioning that continues to haunt women today.
‍

Song of Draupadi
by Ira Mukhoy‍

All mythologies, irrespective of their underlying theme, are centred around the question of women and yet they remain largely silent and relational. The Mahabharat is known for its bloody wars, brave men and heavenly gods that walk on earth. However, the underlying strength of the mythology lies with its strongest, often villainised women. Song of Draupadi shifts the attention to the women of Mahabharat. While Mukhoy depicts Kunti, Gandhari and Satyavati in a way that is unique and empowering, Draupadi’s light, rage and desire shines through in her work the most. As a young girl, Draupadi grew up in a world that had already set out a path for her. Like her brother, she was born for a purpose.