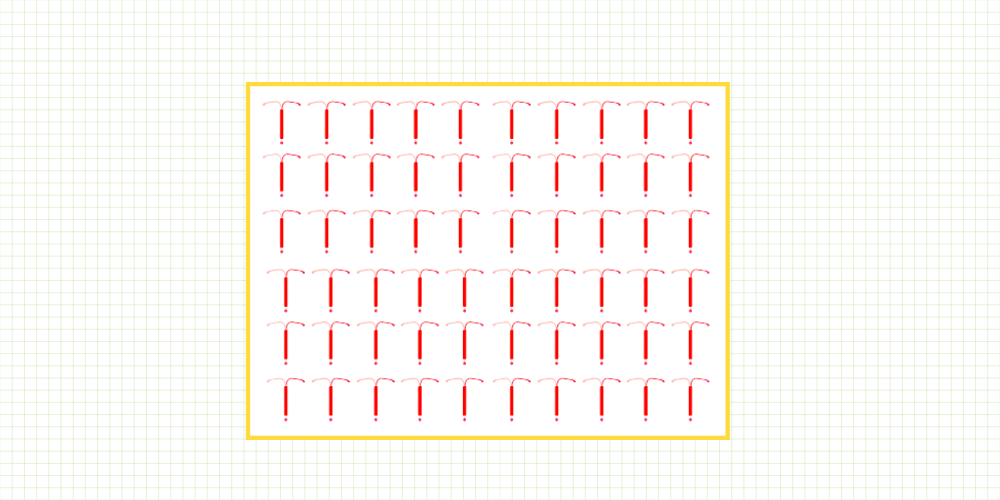 Everything you need to know about Intrauterine Device- from the different types of IUDs to demystifying the process.

After the recent rational hype (which you need to know!) around the Eighth Amendment of the Irish constitution, it makes sense for women all over the world to question their rights with regards to birth control so as to avoid the fuss that an abortion could be. Our team comprises of some of those concerned (read panicked!) women who want to help you in our humble ways, which is why today we decided to talk about a relatively unpopular birth control method in India, IUD.

IUD which stands for Intrauterine Device is a tiny device that's put into your uterus to prevent pregnancy. It’s long-term, reversible, and one of the most effective birth control methods out there. It's a small piece of flexible plastic shaped like a T and sometimes it’s called an IUC — intrauterine contraception. Now there are two kinds of these :

Also known as the Copper IUD, it uses copper to prevent pregnancy. Apparently sperms don’t like copper, so the IUD makes it almost impossible for sperm to get to that egg.

These usually work in two ways. Firstly they thicken the mucus that lives on the cervix, which blocks and traps the sperm, and secondly the hormones also sometimes stop eggs from leaving your ovaries (ovulation), which means there’s no egg for a sperm to fertilize. No egg, no pregnancy!!

Though the purpose of both the types of IUD is same ,if a user wants more regular periods then Copper IUD is a good choice as the lack of external hormones means the body is running on its natural cycle plus no IUD lasts longer than these. Make sure you check for Copper allergies though.

Whereas on the other hand there's some evidence that the Hormonal IUDs with the lower dose might have risk of irregular bleeding more frequently which means that women might have a little bit more spotting spread out irregularly throughout the month. But having said that Hormonal IUDs can help treat the symptoms of things like Endometriosis (in which the tissue that lines the inside of your uterus is found outside of your uterus. It’s a pretty common health problem that can be painful.) And PCOS (where hormonal imbalance can cause changes in your body’s ability to release an egg  and can lead to irregular periods, ovarian cysts, trouble getting pregnant, and other symptoms).

It is only safe for girls of 16 years of age and above to get an IUD inserted so as to avoid pregnancy after a sexual intercourse and it should also be removed once you hit menopause, so basically as soon as you almost hit adulthood is when you can get it.

At first your doctor or nurse will check your vagina, cervix, and uterus, and they may test you for STDs and then the nurse or doctor will put a speculum into your vagina and then use a special inserter to put the IUD in through the opening of your cervix and into your uterus. The process usually takes less than five minutes (be warned of discomfort and in some cases shocking pain!)

So how does it feel after getting a IUD in your uterus? Well, women (on the internet) usually feel some cramping or pain when they're getting their IUD placed. The pain can be worse for some, but luckily it only lasts for a minute or two. In order to avoid that pain you can take pain killers before the IUD procedure.

IUDs are one of the best birth control methods out there — more than 99% effective. That means fewer than 1 out of 100 women who use an IUD will get pregnant each year. They are so effective because there's no chance of making a mistake. You can’t forget to take it (like the pill), or use it incorrectly (like condoms). And you're protected from pregnancy 24/7 for 3 to 12 years (depending on which kind you get). Once your IUD is in place, you can pretty much forget about it until it expires. You can keep track of your insertion and removal date using our birth control app.

We are here to inform you and not convince you to blindly go for an IUD just because it's a convenient (for some women) option to avoid the pregnancy scare and in the spirit of that responsibility we want to tell you the side affects of an IUD. They can range from headache, acne, mood swings to weight gain, ovarian cysts, severe cramps and even absence of periods (amenorrhea).

If you are interested in getting an IUD yourself, consult an OBGYN right away and if not, well you can at least now confidently talk about it when someone brings it up next time!