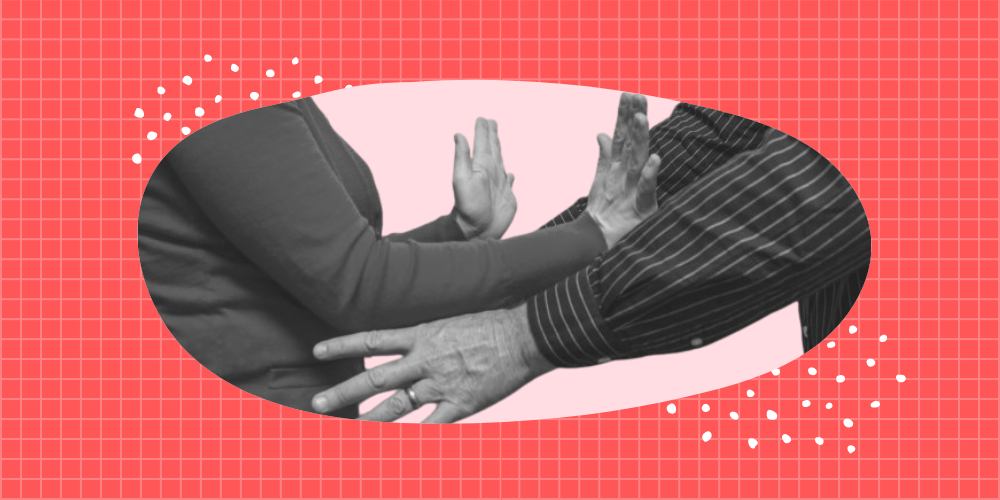 The origin and significance of the Sexual Harassment of Women at Workplace (Prevention, Prohibition and Redressed) Act, 2013
Team Bebadass

With the recent debate over this the issues revolving around sexual harassments all over the world be the #MeToo that led to #TimesUp or be it our very nation's Kangana Ranaut confessing to her traumatising harassment at the hands of Bollywood veterans, we are all acquainted with this issue. However, not many of us would have actually looked up the law that protects us against this crime in our own country. For the sake of spreading awareness let's shed some light on the Sexual Harassment of Women at Workplace (Prevention, Prohibition and Redressed) Act, 2013, (“SHWW Act”)

The SHWW Act was enacted for protection against, prevention of and remedy of complaints of sexual harassment at a workplace. It’s objective is to protect fundamental rights enshrined in our constitution viz. right of equality, right to life and to live with dignity, right to practise any profession in a safe environment free of sexual harassment. It is the right of a woman to work in a safe environment under Article 14 and 21 of the Constitution of India.

In the 90's  Bhanwari Devi who raised her voice in protest of child marriage was raped by the patriarchal bunch of the society. When she didn't get justice, a women's rights group called Vishaka filed a case in the interest of public in the Supreme Court. It is then in 1997 because of Vishaka Vs. State of Rajasthan that sexual harassment was identified as a separate illegal behaviour inIndia.

Thereafter the government legislated the Sexual Harassment of Women at Workplace (prevention, prohibition and redressal) Act 2013, on 9th December 2013. 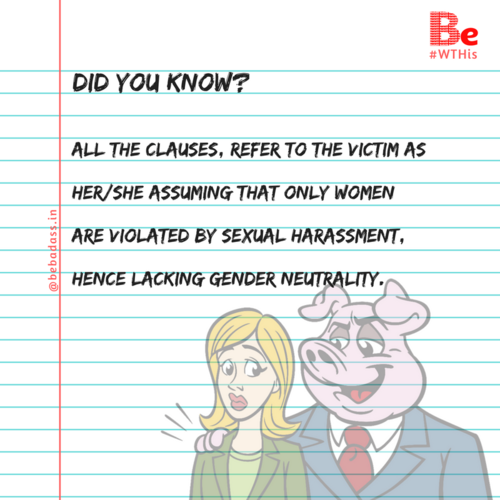 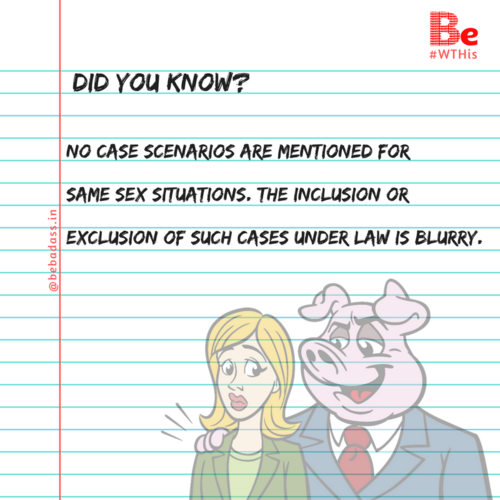